A Palace for History 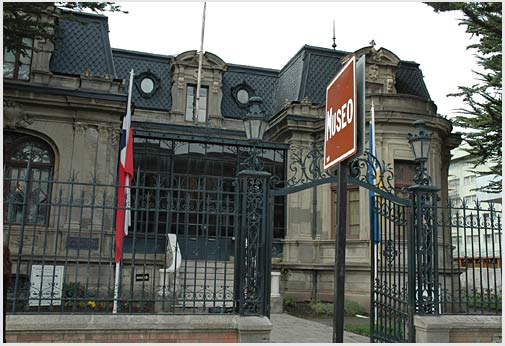 Despite the passing of time, the Braun Menéndez Palace still preserves the atmosphere of its days of splendor. The residence located in the historical shell of the city today houses the Magallanes Regional Museum, which shelters a careful collection of the past of Punta Arenas.

With the purpose of spreading the cultural diversity of the Magallanes region around the community, the display includes everything from the first geographical discoveries until the mid XXth century, thus giving testimony of the various stages the city has gone through. Its rooms show the social, cultural, economic and political features and customs marked by the first southern peoples. 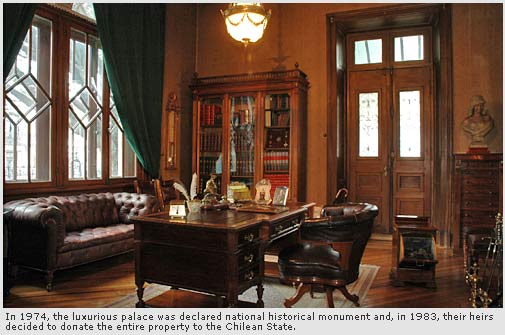 Mauricio Braun and Josefina Menéndezs house was built in 1903 by French architect Antoine Beaulier. Following the trend of those days, all materials, pieces of furniture and other objects were brought from Europe. In 1974, the luxurious palace was declared national historical monument and, in 1983, their heirs decided to donate the entire property to the Chilean State, which gathered all the collections of the Patagonia Museum in this new heritage building.

The collection is divided into three broad conceptual areas: period, historical and base. The first area is accessed through one of the main halls in the house and it shows the pieces of furniture bought by the Braun Menéndez family in France, England and Spain. The eclectic style, which includes the period ranging from the Neoclassical up to art nouveau with details of Neo-rococo and decorative elements from the Far East and Africa, gives evidence of the excentric luxury of the families who made their fortune in these latitudes. 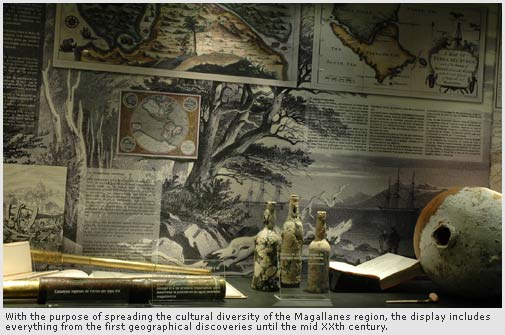 The historical section includes a sample of urban and regional history, told by its objects, maps, diagrams, graphics, documents and photographs.
The tour ends in the servants facilities, which enable visitors to understand the daily routine and the way the house worked in its primitive days.

At present, in addition to permanent exhibitions, temporary displays and cultural expressions open to the community are presented. 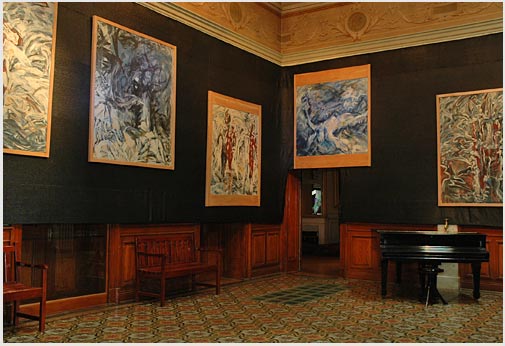 The Magallanes Regional Museum also treasures the Fell and Marazzi archeological collections, as well as important biographical, ethnographic and photographic collections that turn this institution into a usual source for archeologists, historians and researchers.