During the first days in February a day outdoors is celebrated with cuecas and valseados, typical music and dances, as well as tasty lamb dishes. 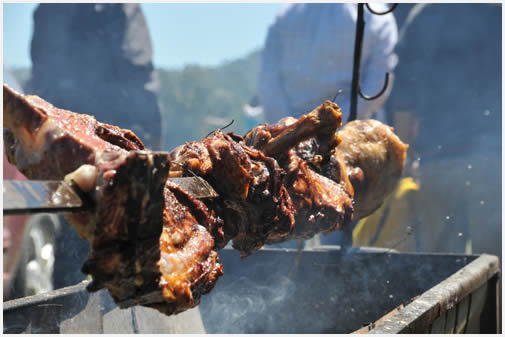 Puerto Montt offers an infinite variety of attractions and, being close to rural settlements, a wide range of popular celebrations rooted in the traditions of different communities. Río Chico Lamb Festival has been increasingly popular for over a decade.

On our way there, we drove along side roads bordering the sea, amid lush vegetation and old buildings attesting to a past with a history. On each hill we discovered churches, sheds and old houses, remnants of the first German colonies in the area.

The smoke from the grills and spits and the sound of merry popular tunes which could be heard from afar, led us to the venue. Once there, we were met by the tempting smell of specialties cooking at the food stalls. In the spotless stall kitchens women tended their huge pots and provided tables sheltered from the midday sun. 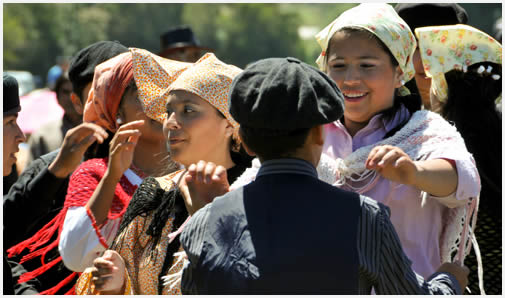 Chalkboards advertised different dishes and we chose the typical lamb or seafood pasties and lamb and luche casserole. Whats luche? Delicious seaweed we add to our dishes. The men, in charge of the spits, patiently turned the handles for the lambs to cook slowly. At the center there was a huge stage from where the music which had guided us came.

We improvised a picnic with our spit roasted lamb, grilled skewered meat and even some milcaos, potato pancakes, in a really comfortable spot under the shade of some trees. We also tried the delicious homemade chicha and later visited the craft stands while the children played.

We enjoyed the music, accompanied by the bystanders rhythmic clapping while waiting to be asked to dance. When the popular group Amaneceres made its appearance on stage they were greeted enthusiastically and everyone joined in, happily dancing cuecas, valseados and correteados. 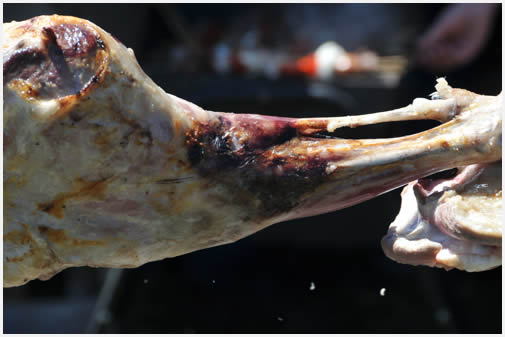 We talked to one of the organizers who kindly revealed some details of the classic lamb recipe: before putting it on the spit, it must be marinated in homemade brine and it must also be added while cooking; low fire at the beginning and strong fire at the end to brown it. It takes about three hours, so the cook has plenty of time to share some wine with his friends who come to lend a hand.

Although the idea was to stay until all hours we left in the early evening. We were thankful to have taken part in a special day of celebration in Río Chico when its people proudly share their customs with visitors. 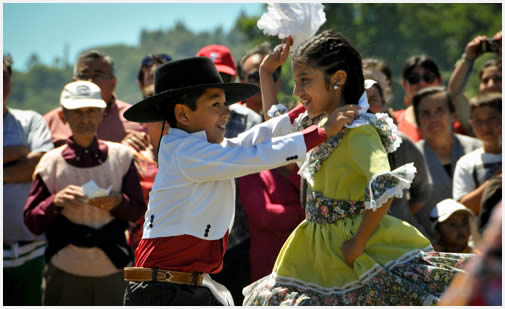 take Route 7 along the coast towards River Chamiza and turn left before crossing the bridge; drive 7 km by the river until you come to another bridge. Turn left again before crossing it and the gravel road will lead you straight to the venue. It is 18 km in total.

There is and admission fee.