At the End of the Ice

We went on an unforgettable journey to visit two of the last natural wonders on the planet: the Northern ice Field and the San Rafael Glacier. 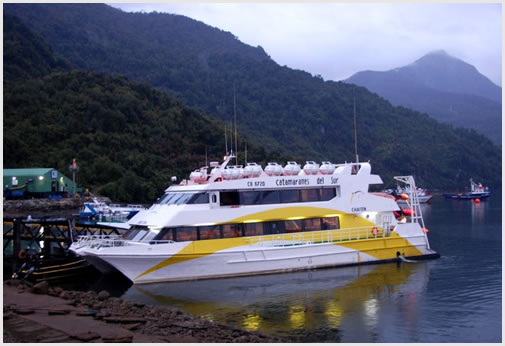 We were invited to see Laguna San Rafael National Park, one of the most beautiful sceneries in Patagonia, where visitors may witness two phenomena that has been around for 18,000 years: the Northern Ice Field and the San Rafael Glacier.

In order to get embarked on this odyssey, we had to get on board a catamaran at Puerto Chacabuco, which lies 15 kilometers away from Puerto Aysén and 82 kilometers from Coyhaique. The morning was cold and cloudy. Little by little, more and more passengers reached the boat, which set sail at the arranged time. 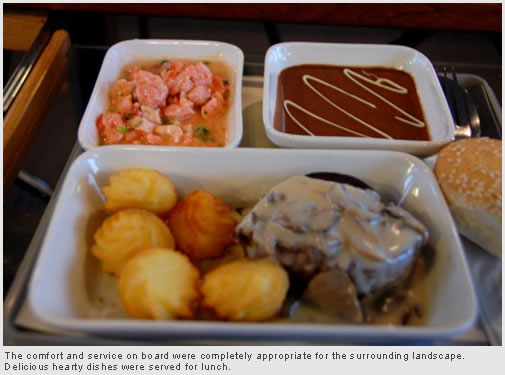 We soon left civilization behind and got away through the Aysén Fjord, one of the most important inlets in the region. Through the large window of the boat, we realized that a fjord is a labyrinth with whimsical shapes, where the high summits of the mountain range join the Southern Patagonian channels. That was the beginning of this adventure across the land dwelled by chonos, alacalufes and yaganes.

We were traveling on a modern catamaran called Chaitén. The comfort and service on board were completely appropriate for the surrounding landscape. Delicious hearty dishes were served for lunch. Soon it began to clear up and we moved onto the second deck, from where we obtained a splendid view of the coastline. 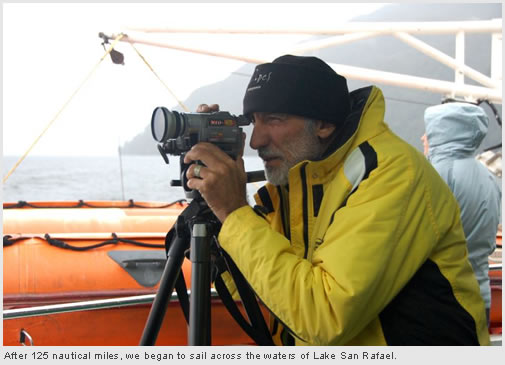 The catamaran sailed along the Patagonian channels, amidst green islands and fjords with lush vegetation, at a cruise speed of 20 knots. We left the Costa Channel and got deep into the Elefantes Estuary. The expectations to reach Lake San Rafael and the National Park bearing the same name increased at every minute.

We soon entered the Témpanos River, a prelude to what was about to happen: the shallow waters let us appreciate the huge ice floes which had broken off the snowdrift and gone adrift. After 125 nautical miles, we began to sail across the waters of Lake San Rafael. We were welcomed by the huge glacier wall, which spreads along 4 kilometers.

This national park was declared World Biosphere Reserve by UNESCO in 1979. The San Rafael Glacier is the northernmost on the planet and a faithful testimony of how Patagonia was modeled by the ice from the last glacial age. 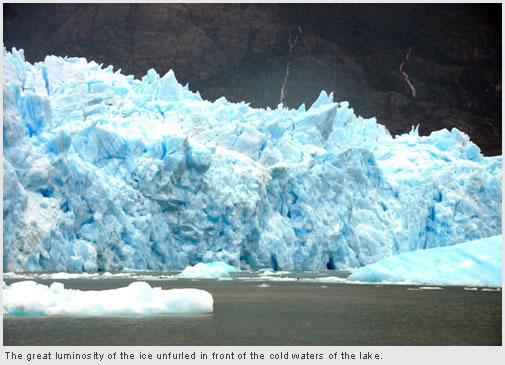 Our senses were triggered out in all directions. The great luminosity of the ice unfurled in front of the cold waters of the lake.

Without hesitating, we got on the Zodiac boats -rigid-inflatable boat with an engine- in order to appreciate the strength of the ice much better. We approached the glacial wall –with its 40 meters of height- and felt overwhelmed by so much beauty. The cameras shot incessantly for some minutes, maybe trying to perpetuate the instant in which some piece of ice broke off or the surrealist shape of some parts of the ice featuring intense white and blue shades.

After sailing for a while, we went back to the catamaran right opposite the snowdrift. Then we remained on the outdoor deck appreciating the magnificence of that natural show. It was amazing to watch the capricious shapes adopted by the ancient ice. 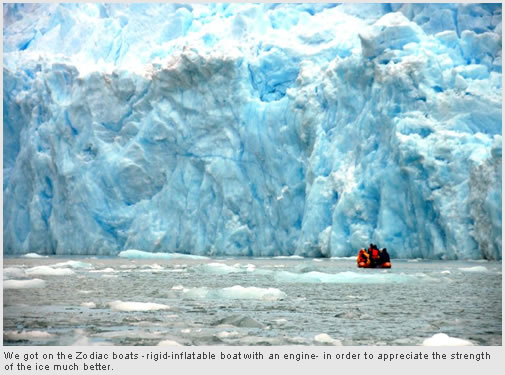 Before bidding farewell to those southern lands, we made a toast with a very cold whisky whose temperature was reached with the aid of ice from the glacier which the expedition guides had collected while we were on the Zodiac boats.

We had a very pleasant return and felt extremely happy to have spotted the glacier in its entire splendor. A saxophonist played his instrument on one of the decks where the passengers danced and sang until we reached Puerto Chacabuco once again. There is no doubt that this was a very amusing voyage, ideal to be enjoyed with the family or friends.

There are all-day programs offered by several operators.

In addition to the water tours, flights may be hired see the snowdrift from above.