Riding around Alto Palena in the Morning

When vehicles cannot access the mountain woodlands and rivers, a tour on horseback is the best way to get deep into these areas. 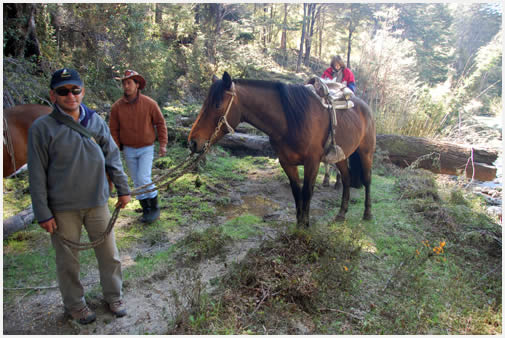 The idea was to go on a horseback ride following the Tigre River bank. These kinds of mountain rides have two typical features: they are very safe and the environment is ideal.

Maybe that is the reason why Alto Palena is one of the most emblematic sties in Chile when it comes to riding a horse with the family, as rivers and woodlands show off all around the area, minutes away from the small city.

Our tour started in the outskirts of town, bordering the Palena River towards the area known as El Azul (the Blue), where we got on foot and met Elvio and his docile horses. El Chilenito, Malacara, Ñaco and others were waiting for us under the shady trees. Each one of us took one horse. 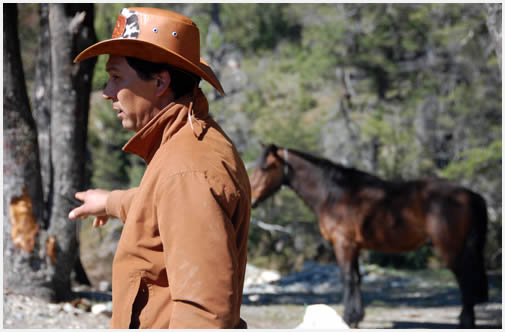 The horses take care of 90% of the tour, we just have to hold the reins Elvio said. They know the path thoroughly and if the rider is not used to wading a river or going under the trees, the horses are.

Thus, we got deep into a wild woodland area following a very beautiful path. Radal, coihue and some myrtle trees escorted our parade along the Tigre River.


One Day on the Beach 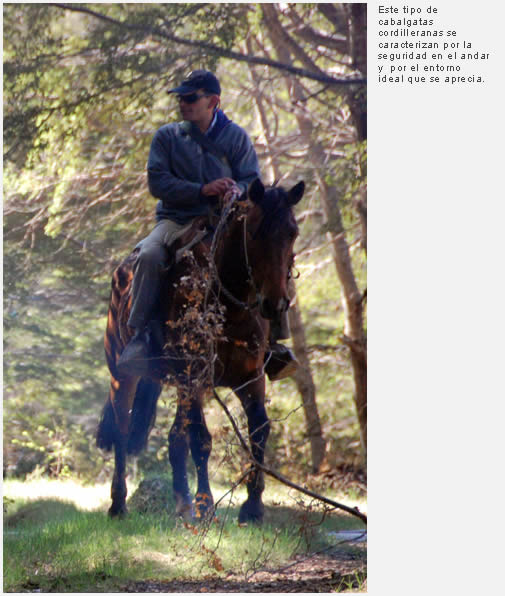 Some fantastic sandy beaches appeared before us. Others, featuring very white rocks, gave evidence that there had been many snowy winters which had made the original color of the rocks fade.

The idea is not to touch anything, to let nature do its job and to respect it and preserve it for those who will come along after us.

As we asked about the rivers name, which stands for tiger in Spanish, Elvio said that the Tigre usually roars somewhere along its course, but that there are also some backwaters where visitors may fish trout or take a dive.

Some huge rocks forced us to get off our saddles and to lead our horses through on foot. After a while, we met a group of youngsters who had reached those beaches in the same way we had: on horseback. Playing guitar and bearing the typical adolescent joy, they gave a special color to our tour. 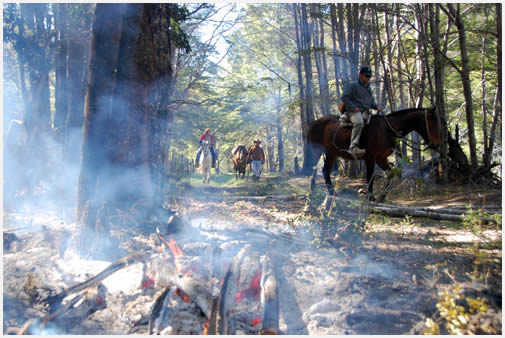 After a while, Elvio anticipated we were reaching our destination and all of us asked if we had already been riding for an hour and a half. We had lost track of time.

Yes, it is almost two hours since we left Elvio replied laughing. And he was right. As we reached the joint of the Tigre, the Palena and the Moro Rivers, we bade farewell to our occasional partners (Elvio and his horses) in order to start our way towards a new adventure on the plentiful waters of the Palena.

Horseback rides are ideal for the entire family as the horses are docile, the guides are highly experienced and there are countless areas to visit.

« Back to Outings in Alto Palena