Watching La Junta from the Heights

From several viewpoints settled on top of a hill, we got a clear vision of the hues that make up the surroundings of the town. 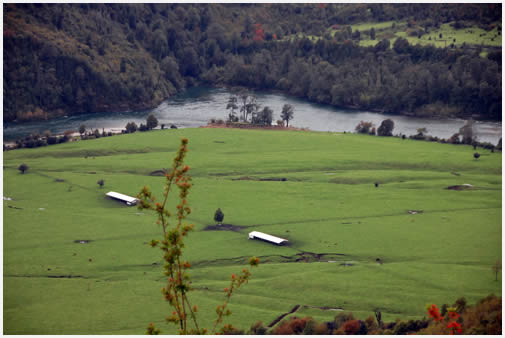 One of the ways of getting to know a place better is by walking its surroundings. Therefore, while visiting La Junta, as soon as we spotted a trail by the Southern Road leading to the top of a hill, we did not hesitate to take it.

We started hiking along a mild but steady slope. Many dry leaves on the ground provided moisture to the environment. We were watched by cañas coligüe and the broad leaves of caña quila. Chilco, myrtle tree, notro, and all the local species followed.

Once in a while, we observed the closest streets in town in the distance through the canopies.

Every now and then, we would take a deep breath to go on and use a cane to make our hike lighter because the path became steeper.

The higher we got, the fresher the air. We felt it into our lungs and recognized its healing effect. Walking and breathing are two natural body functions but still we had to coordinate them efficiently in order to feel comfortable. 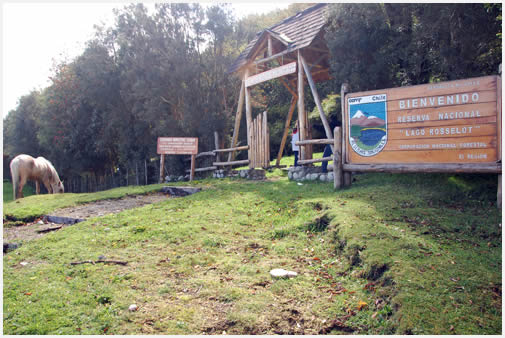 We got to a wood with very high plants that sheltered some ferns providing humidity to the area. Finally, what we had longed for: some benches to sit down! We were at El Ciruelillo, a viewpoint where we could appreciate the entire town. It resembled a semicircle and its main axis was the Southern Road.

We made ourselves comfortable. Our sight reached the outskirts of town and the joint of the Palena and Rosselot Rivers. We could also make out the suspension bridge over the Rosselot River. All we had learned from the maps was now before our very eyes.

We went along a very neat one-thousand-and-two-hundred-meter-long trail to behold a wide range of green shades. Large spaces of sown fields unfolded in the distance. The two rivers featured the same color, though the Palena appeared to be lighter. 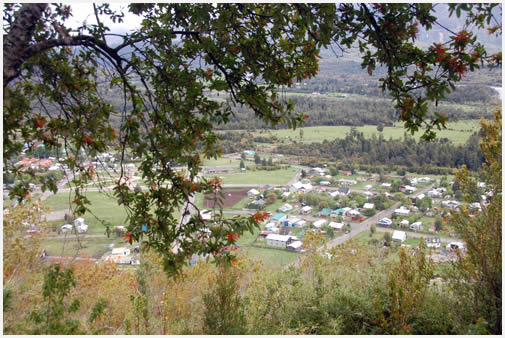 Some clouds were foretelling a storm was coming and tinged the sky in different shades of grey which invited us to end our hiking tour soon.

Still sitting there, we paid attention to the towns voice, that murmur coming from its people, the cars in the road, and endless saw coming from a sawmill. We listened to its daily life. 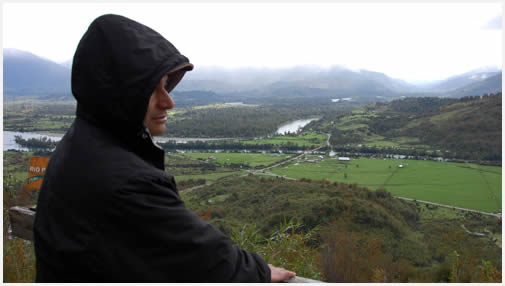 We went down fast for two reasons: the slope was favorable and a downpour was near. With the rain falling on our heads, we remembered that old saying we had heard around: When the North is clear and the South is dark, downpour for sure.

Day tour with toilets.
The trails may be covered independently as there are signposts.

« Back to Outings in La Junta