La Junta, a Town with Its Own Identity

Famous for its ideal surroundings enjoyed and toured by visitors, the center also offers its charm and freshness for all those who wish to see it. 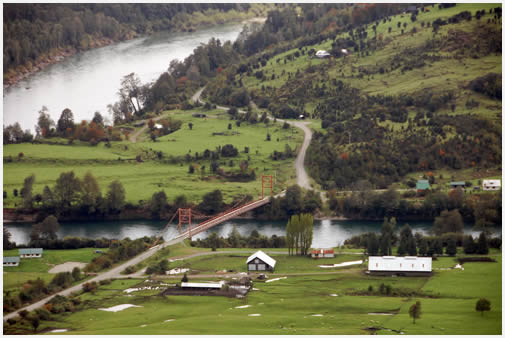 Shortly after we reached the town of La Junta, we resolved to see the center and its surroundings. Who could tell us about the development of this town and its attractions better than someone who loves La Junta?

Rubén Gallardo, a local tourist guide, showed us around starting at the main square. Recently renovated, it features a modern structure with a gazebo in its center, a playground and good illumination.

We were quite impressed by its corridors and its artificial lake which, seen from the heights, resemble the joint of the Rosselot and Palena Rivers, which gives origin to the name of La Junta (the joint), Town of encounters. All is built in stone and wood and this style is repeated in the new constructions. 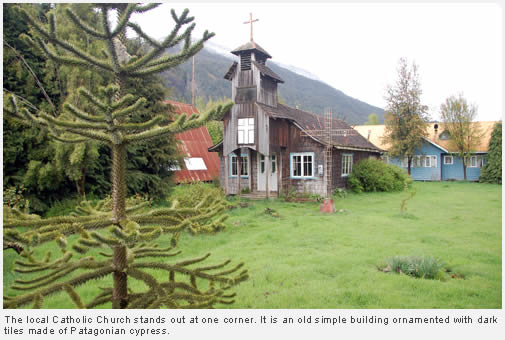 Very near the square, there lie the Emergency Center, the Water Committee Office, the Telephone Company and the Fire Station. As well, a modern building houses the headquarters of Adultos Mayores.

The local Catholic Church stands out at one corner. It is an old simple building ornamented with dark tiles made of Patagonian cypress.

The streets are wide, quiet and there are quite a number of cars and people. It is evident that everyone knows and greets one another as they meet.

Most stores are located on Patricio Lynch and Antonio Varas Streets, the main in town. Both houses and stores have been basically built in wood. Their styles vary according to the time when they were designed and built. 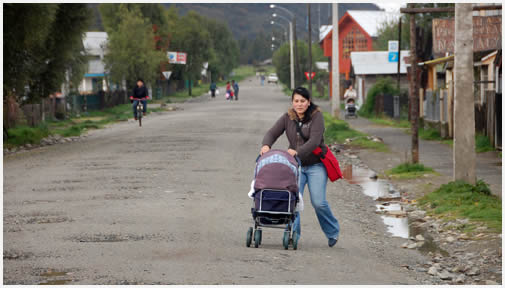 The Tourist Information Office is open almost all day long and local craftsmen show their work made with manila (a local fibrous plant), wood painting and woven textiles. We also visited the CONAF Office and the Cisnes Commune Municipal Department


Trilling in All Tunes

We let ourselves go along the various streets and watched a great deal of birds nestling on the sidewalk trees and also in private gardens. Only quiet and pleasant environments have that privilege.

We saw the wide range of lodgings, accommodation venues and cabins available for visitors to La Junta. The offer is quite varied concerning categories and rates.

Rubén told us: Tourism has been developing and increasing in the last few years as a result of the advantaged location of La Junta. Tourists enter this region by land from the North of the country and from Argentina.

Then he added: Besides, the neighbors of La Junta have changed their merely peasant-like mentality and have become adapted to the increase in tourism, adding up this income to their cattle farming and agricultural activities. 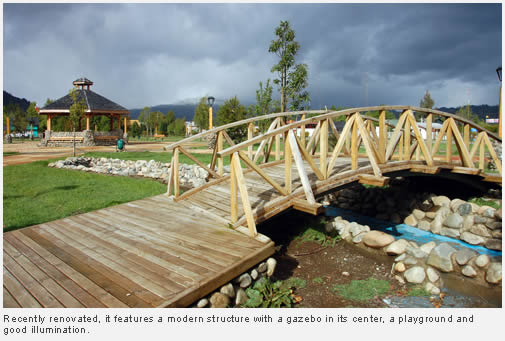 Late in January, the traditional festival of rodeo with Chilean horses is held. This event is long-awaited by the dwellers of many surrounding towns and also by visitors from faraway lands.

For a weekend, all those tasks performed daily by the dwellers of La Junta are shown to guests. This is a family celebration where traditional meals are shared, as well as asados cooked in a metal cross or asado con cuero. Handicrafts of all kinds are displayed, especially those made in wood from local trees.

If, on the other hand, visitors arrive in La Junta on the second week of February, they may take part in the anniversary festival: a celebration of local spirit with competitions, games and election of the queen. Many youths attend sport events at the various venues in town.

This is a provincial town with a progressive mentality, the aroma of the sky and evergreen grass.

Known as Town of encounters, it offers a simple countryside lifestyle with a progressive mentality in an evergreen mountain environment privileged by nature. 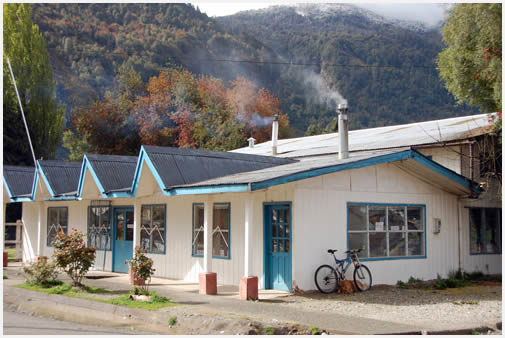 Print this outing
« Back to La Junta