The title of the article is not spelled incorrectly. It is the most appropriate fusion between the words train and entertain. There is a tour specially thought for children and (why not?) for grown-ups too. 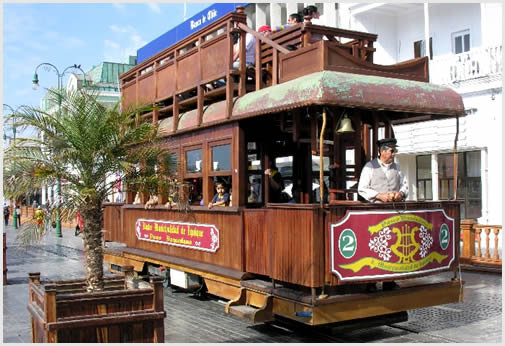 A historical streetcar leaves from the Arturo Pratt main square and rides along one of the most beautiful and picturesque streets in the city: Baquedano Street. This double-decker vehicle, driven by its conductor, travels at a very low speed along the ten blocks of the beautiful pedestrian road.

In most cases, the children get on the old streetcar on their own and their parents watch them and take some photographs. The conductor is a real character wearing a period costume. He drives the streetcar and rings the old brass bell as many times as necessary for children to get on this beautiful relic. 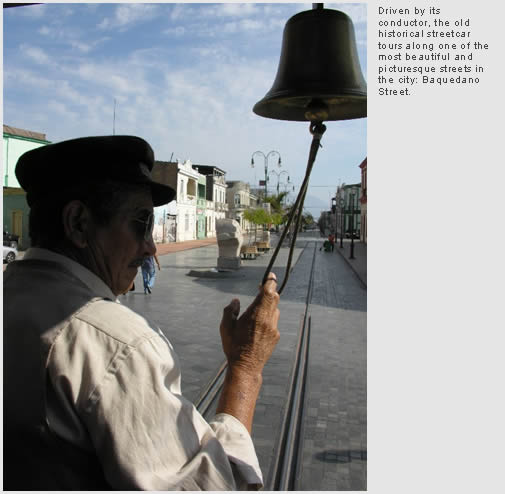 At the Speed of Children and Parents

It is valid to stop is the slogan of the ride and the tour that would not take longer than a minute takes almost half an hour. It is valid to get off and get on again is another slogan, as many passengers get tired or miss their mum and dad. That is why whenever they feel like it, the driver stops the car.

Thus, at the speed of children and parents, various pubs and coffee-shops, restaurants and travel agencies, museums and historical buildings follow one another almost in slow motion as the streetcar moves along the last few meters before turning around up to the square, which welcomes the little visitors tired of so much excitement. So entertrained that many of them, as it was expected, break into tears because they do not want the ride to end. 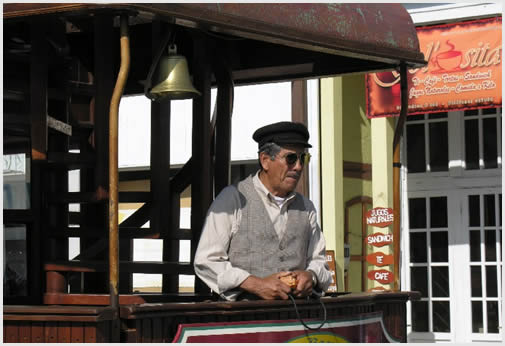 The ride is totally free of charge and the historical streetcar timetable is displayed in the streetcar booth at Arturo Pratt Square, where the conductor, or any other authority (), may usually be found.