The various tea and coffee houses pride themselves on having the most delicious desert baked by German hands for their customers. They just need to be tasted and judged. 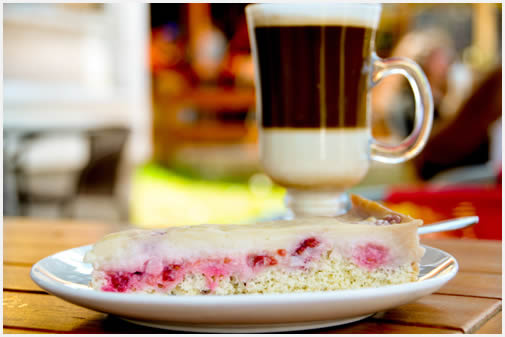 Sweet tooth who do not wish to leave Frutillar before tasting the best delicacies made by local bakers must pay a visit to any of the several traditional tea houses where the star of the show is kuchen.

Ever since the first German immigrants arrived back in 1852, men have devoted themselves to carpentry, agriculture and cattle-raising to settle their houses and slowly organize the village where they would lodge their families. Women and children used to help with those tasks and also dedicate many hours to cooking. They made exquisite dishes following recipes brought from the old continent. Little by little, they got used to using the fruit and vegetables they found in the new land and adapted them to the notes made by their grandmothers in their homeland.

Thus, traditional German cake, pie and sauce recipes -as well as the famous once- have been passed on for generations and accompanied mothers and daughters till this day. Now it is time for us to enjoy them. 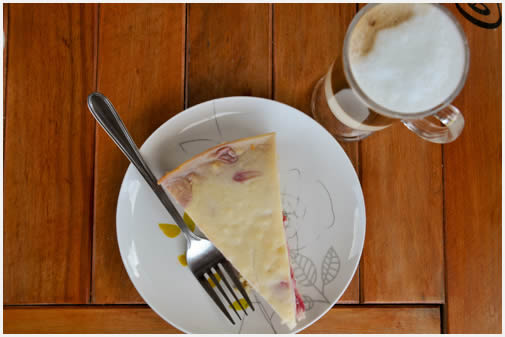 Kuchen, the Most Famous

When during social gatherings, each family prepared their own kuchen (pronounced /kuhen/ in German), the challenge consisted in surprising neighbors and friends with the best qualified one. This happened in Frutillar as well as in any of the villages resting on the shores of Lake Llanquihue.

That pie or cake is topped with fruit sauce, including murta, raspberries, blackberries, strawberries, sauco, cherries and plum, and some nuts and hazelnuts. The secret resides in how to combine them in order to manage the perfect flavor.

Having all this information, we had no other choice than touring around the various tea-houses lying on the lanes of Frutillar in order to discover these delicacies. We were stunned by wonderful rooms with splendid tables where impeccably white embroidered table-cloths hosted china sets. We also visited other more informal tea-houses that were as cozy as the classy ones. 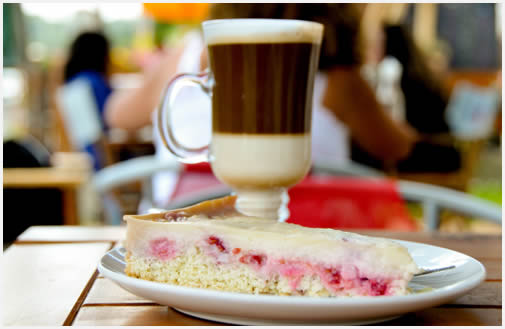 We followed the aromas for several afternoons into these tea-rooms full of tradition, kuchen and tasty strudel, chocolate cake and also coffee and hot chocolate.

We still had to hear the opinion of famed Alejandra Doepking, an international cuisine teacher and author of the book 150 Years of German Pastries. Childhood memories that will last forever when my ona (Grandma) waited for us with yeast kuchen. The aroma of just baked cinnamon, vanilla and fruit makes me feel proud of my origin...

How could we help being tempted by this delicacy that not only awaited our verdict but also let us discover a specialty that has remained through time and the vast sea, here in Frutillar? What is the secret of kuchen then? Being homemade, just like in the old days.

Most tea houses lie on the waterfront avenue (Phillipi), off the shores of Lake Llanquihue.

at all times but especially at tea time.

The book 150 Years of German Pastries, a tribute to the German colonists that populated these lands 150 years ago, may be bought at Bauernhaus Coffee House. It is ideal for lovers of ancient recipes gathered by its author -Alejandra Doepking- during her life in Frutillar.