Visitors to the city may also have the chance to pray before images respected by the Catholic faith. 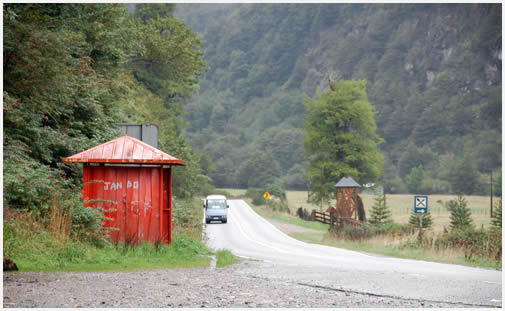 There are two points where believers stop on the road joining the Cities of Coyhaique and Puerto Aysén: Saint Sebastians and Mother Marys Sanctuaries.

Traveling Route 240 is an outing itself, as the surrounding scene is quite amusing, with evergreen meadows and narrow ravines between high hills upholstered in lenga and cypress woods. The Simpson River and its transparent waters lined by lush vegetation run alongside this road. It is considered an excellent fishing environment where large rainbow and brown trout are caught using the fly-fishing method. 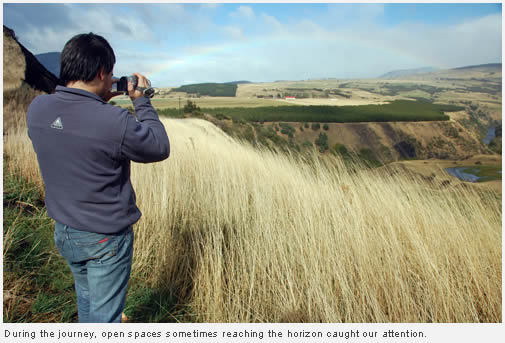 We left Coyhaique and drove along thirty kilometers on a winding road until we came to a sanctuary where tribute is paid to Saint Sebastian. We parked our car and got down to see this place where believers gather to pray and light candles to express their faith and beg for some favor from this saint. We also saw photographs, crucifixes, flowers and plates to thank the favors granted. 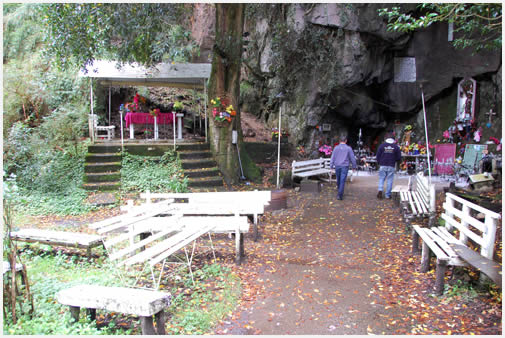 We heard that in 1580 the church of the City of Chillán displayed an image of Saint Sebastian carved in cedar and brought from Spain. In 1655, and as a consequence of a revolt started by the Mapuche natives, who destroyed this place, the image was moved to Yumbel Temple by the Spaniards. From then on, this district has been devoted to Saint Sebastian and this has become part of its spiritual and historical treasure. Worship has expanded all throughout the community and even truck and car drivers honk their horns as they pass by to show their devotion.

We got back on the car and drove on towards Puerto Aysén. Two kilometers ahead, we came to our second destination: Mother Marys Grotto. 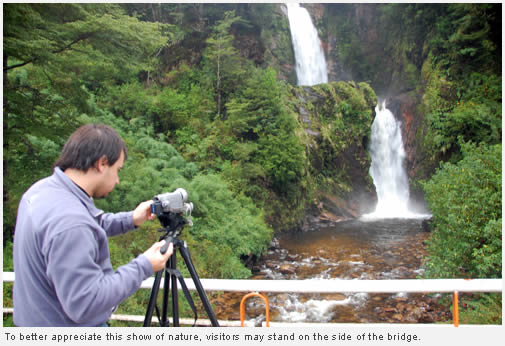 This worship spot dates back from 1955, when Father Mario Zanella asked the congregation to put up a special space devoted to Mother Mary. Fifty years later, Father Luis Infanti transformed this place into a site for praying as a tribute to Immaculate Mother Mary, Patron Saint of the Apostolic Vicariate of Aysén. Every year on February 11, Her followers reach this place to honor Christian love.

We came close to the Cascade of the Virgin, next to the sanctuary, to feel the freshness and the sound of the waterfall. We decided that it was a good shelter to have a rest before resuming our journey.

Both spots have a special kind of charm and they are totally worth a visit. They will let travelers appreciate the fact that faith has put down roots in the hearts of the denizens of Aysén. 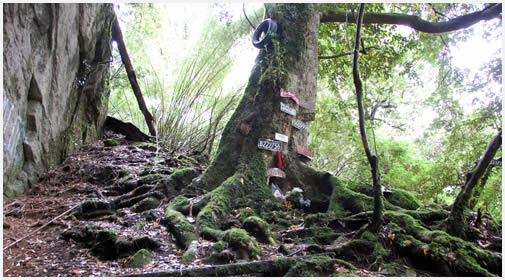 These sites for prayer and meditation stand half-way through Route 240 before Puerto Aysén.