A Vantage Point to the Pacific

An unusual rock formation rising out of cold ocean waters. We visited Roca Oceánica and we learned about the native flora and fauna. 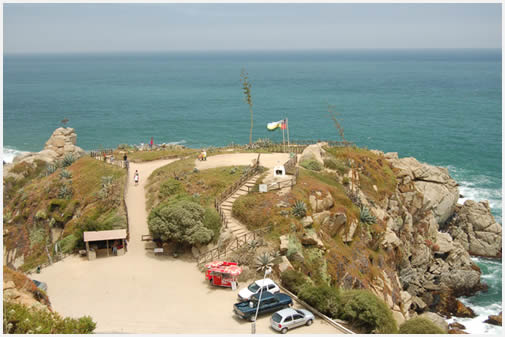 After visiting the field of dunes, we crossed the route and headed for the sedimentary rocky ridge known as the Roca Oceánica. We had heard that we could get a magnificent view of the coast from that unique rock, which is also an ideal site for birdwatching.

This 25-meter-high egg-shaped rock is situated on the shore and protrudes from the continent. As there are different steps to climb up the rock, tourists are able to easily roam around the rock. In our visit, we had heard a sudden loud noise which seemed to reverberate everywhere, and when we climbed up the rock, we realized that such sound came from the constant roar of the waves against the steep cliffs. A spectacular display of forms of white foam scattered around this place. 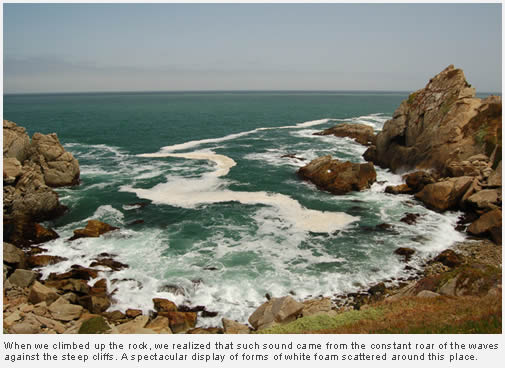 The native flora includes small bushes, especially Gramineae (grasses), while the fauna of this Roca Oceánica is considerably rich in sea birds. The ornithologists or simply lovers of birds can find creatures such as Neotropic Cormorant, Guanay-Cormorant, Grey gull, Kelp gull, snowy ground tern, pelicans and other migratory species as banded plover or two-banded plover, Bairds sandpiper and common snipe.
When we walked along the corridors, we met people who told us that sometimes it is possible to watch how sea lions or Humboldt penguins choose these rocky formations as a place to rest after a long haul. 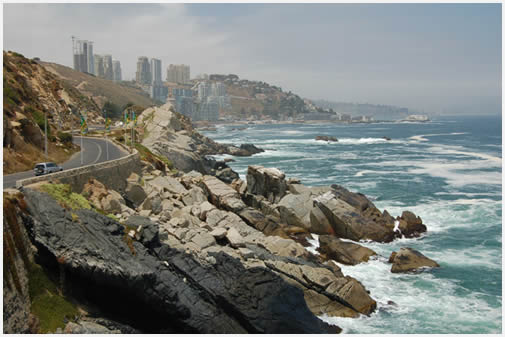 After wandering about the rock, we could take a rest on one of the benches overlooking the sea. Listening to the squawking of the birds and feeling the splash of sea water left us an unforgettable emotion from this Concón natural vantage point. Its worth the visit.

It depends on how long you stay

The is located at the Borgoña Avenue between Cachoa and Costa Brava, on the coastal border of Concón.
Timetable: There is no stipulated time to go up or down the rock as a guide is not necessary. It is recommended to visit the site in the afternoon and stay there until the sunset.

There is no stipulated time to go up or down the rock as a guide is not necessary. It is recommended to visit the site in the afternoon and stay there until the sunset.

Carry sun screen, hat and UV glasses. On the , you will find small stores where you can buy soft drinks and handicrafts.

« Back to Outings in Concon