Tour around the City of Chillán

Chillán, whose name means sitting in the sun or the suns chair, is one of the most modern cities in the country. Touring around it is a real pleasure. 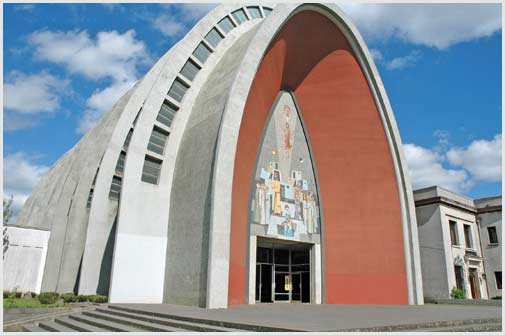 Founded by governor don Martín Ruiz de Gamboa in 1580, the city was destroyed and reconstructed in several opportunities until, after the 1835 earthquake, it was resolved to raise it in the spot where it stands today. Nowadays, even after the fateful earthquake of 1960, Chillán glows beautifully before the eyes of everyone.

Its modern buildings, its main square, the architectural style of its main church along with its markets and pedestrian promenades have turned the city into a privileged center in the Province of Ñuble.

Today, its population reaches 160 thousand inhabitants whose main activities are related to services as well as agriculture in the lands surrounding this beautiful community. 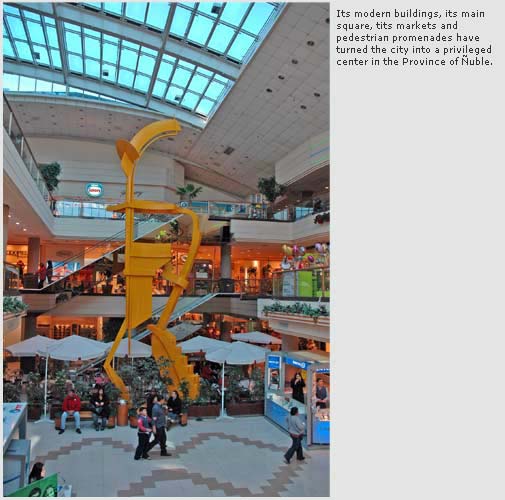 The cathedral church stands opposite thePlaza de Armas and has become a symbol of this beautiful city. Its modern architecture stands out. With curve shapes, it has eleven parabolic arches and a beautiful 36-meter-high cross that may be admired from several points in the city.

Chilláns main square, known as the plaza de armas stands opposite the church. In addition to an exquisite plant life, it summons handicrafts markets and youths that turn it into a place of worship for meetings.

The municipal theater, the tourist office, the local municipality and some museums, such as the Claudio Arrau and the San Francisco, are some of the institutions the visitor cannot miss during his stay. 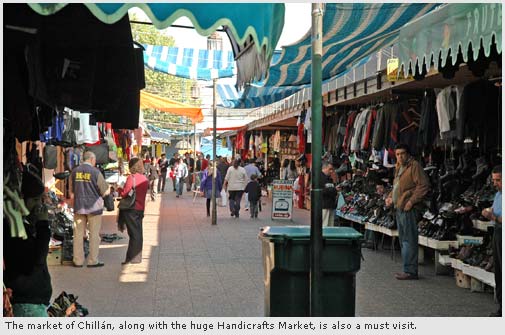 The Siqueiros murals, housed by Escuela México, are one of the most important works of art in the city. They were developed in 1941 and 1942 by the Mexican painters David Alfaro Siqueiros and Xavier Guerrero and they represent the struggle of the Mexican and Chilean people for their national independence.

The market of Chillán, along with the huge Handicrafts Market, is also a must visit. The pure folklore of this region is contained there. 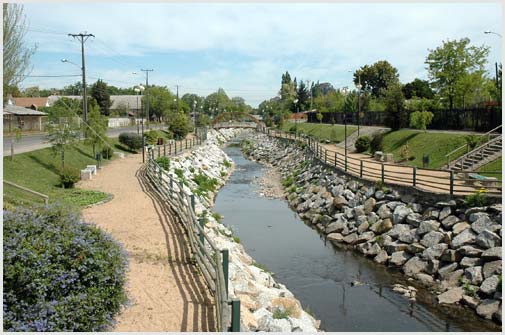 The San Juan de Dios Chapel stands on the way to the Community of Old Chillán. The liberator Bernardo OHiggins was baptized in this chapel. It was declared historical monument in 1972.

« Back to Outings in Chillán