Discovering the Treasures on the Island

A tour around the main natural and cultural attractions in the small hamlets that surround the District of Castro. 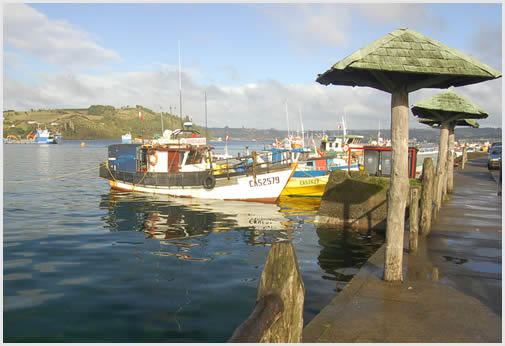 Getting away from the picturesque city, various circuits show off not only with their natural sceneries but also with the customs and stories of the settlements on the island.

Leaving from the city towards the North, the Panamerican Road leads to Llau Llau, a colorful hamlet with tiles lying only 4 kilometers away. There is also a chapel which, despite featuring an exquisite design, is not included as world heritage. 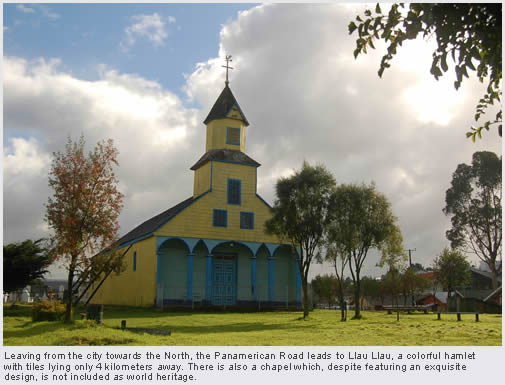 Following the same road towards the Rilán Peninsula, the Community of Putemún is reached. A countryside restaurant displays small and rudimentary wooden pieces of machinery used to make chicha, a local alcoholic drink of Mapuche origin based on apple juice. In order to taste it, visitors should come along during the regional festival held on Saturday and Sunday in the third week of February, when neighbors welcome tourists and share part of their criollo culture through typical dishes such as curanto, yoco, milcao, chochoca and gold liqueur, amongst other delicacies. The folklore of Chiloé is also displayed in this event by groups of dancers and singers from the island. 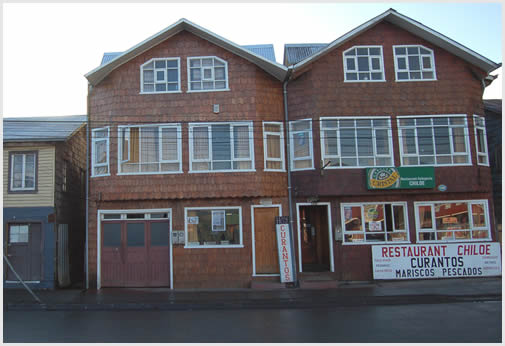 Back on the road and after crossing the Puacura Bridge and turning right, an ancient wooden water mill that is still working may be observed 200 meters away. Another mill with similar characteristics stands at the 16th kilometer marker, before crossing the Hueñocoihue Bridge and following a detour to the left.

The route moves on across soft hills until it reaches Dalcahue at the 20th kilometer marker. This is the area where the rafts await to cross to Quinchao Island. Its name derives from the word dalca which was used to call the primitive boats of chono origin built with three tied wooden boards. Beyond this singularity, the site is known for its great historical importance, as it was in this place where the forces led by General Ramón Freire landed with the purpose of attacking Ancud but were defeated in the plains of Mocopulli. 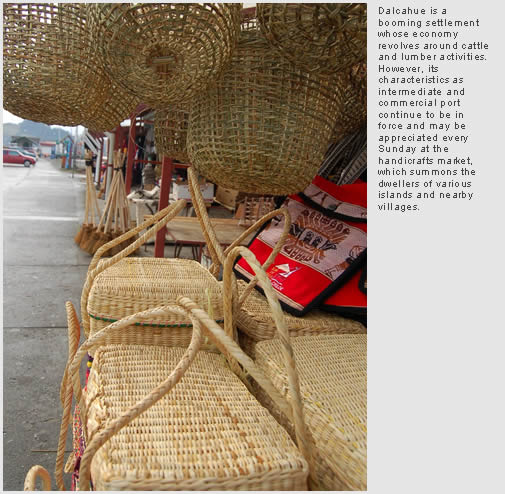 Nowadays, Dalcahue is a booming settlement whose economy revolves around cattle and lumber activities. However, its characteristics as intermediate and commercial port continue to be in force and may be appreciated every Sunday at the handicrafts market, which summons the dwellers of various islands and nearby villages. 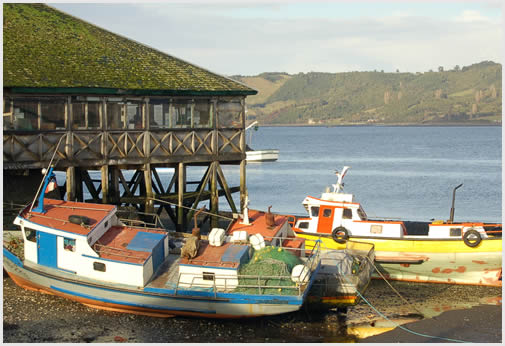 Take your time to visit the weavers that make textiles in their rustic looms. In addition to acquiring some of their classic products, visitors may learn about the rich history of this tradition.