The Licancabur is in charge of controlling the City of San Pedro de Atacama, but it is not alone. Along with many other volcanoes, it is the destination of countless tours. 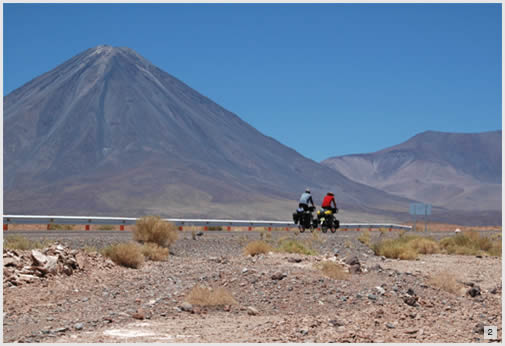 In the past, it used to be a sacred place for the Inca Empire. According to history books, and to the atacameño legends, the Incas would carry out religious ceremonies to worship the sun during the zenith of their power.

They would leave from San Pedro de Atacama on real pilgrimages that used to gather thousands of warriors only once a year. These celebrations would coincide with the festivities of the Inti Raymi or Inca New Year and they would be held during the winter solstice, which takes place between June 21 and 24 in the Southern hemisphere.

The retreat of the Inca empire influence, which happened at the same time the Spaniards arrived in America, led these events to be completely thrown into oblivion. The atacameño people, however, had an invaluable respect for the volcanoes and this is evidenced by starting a casual conversation with any of the locals.

In addition to the Licancabur Volcano, which with its 5,916 meters of height is one of the largest volcanoes in the area, there are also others like the Sairecabur, the Lascar and the Putana, very much taken into account when it comes to defining a climbing tour. 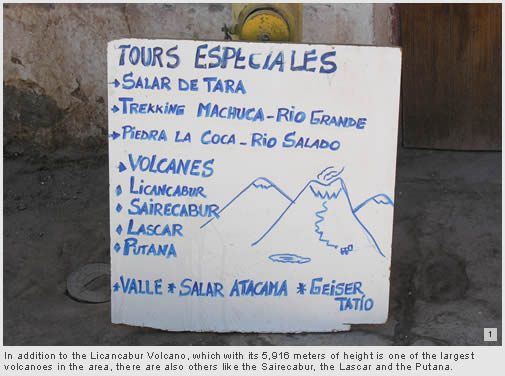 An Invitation to the Summits

Today, a long time has passed since those days of worship and religion around these beautiful and fascinating geographical treasures, the volcanoes still have a special attractiveness when it comes to hiking or climbing.

On Caracoles Street, several travel agencies show on their boards the name of the volcano that will be climbed each day. And even though hitting the summits of these volcanoes takes from two to three days, hundreds of visitors want to enjoy this unforgettable experience of heaven on earth.

These hiking tours require long hours to lead us to several shelters, whether to spend the night or to have a break and recover our energy as we share anecdotes to keep on climbing. 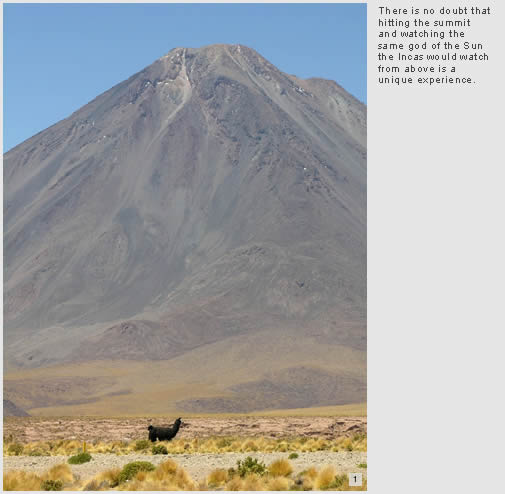 The truth is that these excursions are very popular not only amongst the youths but also for many people who, even though they are considered elderly, have a young spirit and set these tours as real challenges.

There is no doubt that hitting the summit and watching the same god of the Sun the Incas would watch from above is a unique experience. Up there, everything is seen from a different point of view, even the very small city of San Pedro. The very same point of view from where, for thousands of years, the Licancabur and the sun have watched the atacameños, the Incas, the Spaniards and, today, tourists from all over the world. 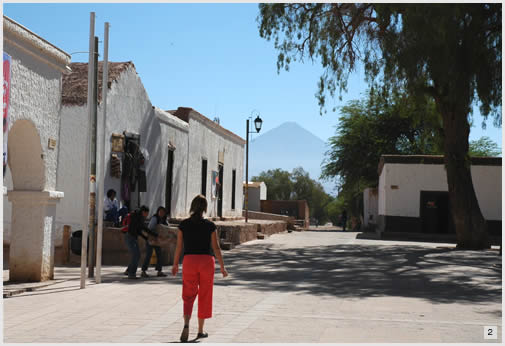 As well as the Licancabur, which is the most attractive volcano to the sight of the visitors, others such as the Aguas Calientes, the Socompa, the Láscar, the Mornar, the Macón and the Sairecabur stand out. Their heights surpass the 5 thousand meters. To climb up these volcanoes, it is necessary to hire the services of a tourist guide who not only will lead the group to the summit but will also take care of any inconveniences, including health problems, which might arise during the excursion.