The Tropic of Capricorn is a mandatory pass. A few kilometers away from Antofagasta, visitors may enjoy the singular experience of crossing this thin line. 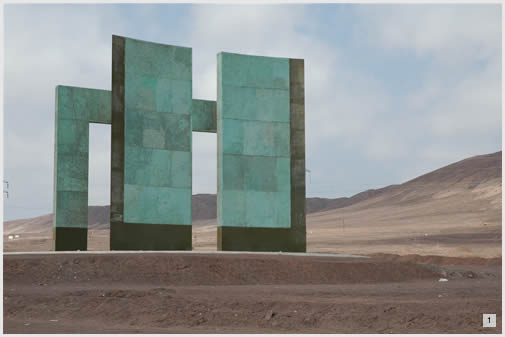 A Giant of Stone

A geographic landmark located opposite the Cerro Moreno airport in the city outskirts indicates the solstices and equinoxes. This beautiful monument was raised in 2000 and lies at 23º South latitude and at 70, 23º West longitude. It measures almost 13 meters of height and weighs about 500 tons. It stands within a circle with 30-meter diameter and sets the exact spot where the Tropic of Capricorn lies.

It was built by the Antofagasta Rotary Club and fostered by Mr. Armando Cordero Rivadeneira, who was the president of the entity back in 2000, an extremely special date for mankind. The famous architect Eleonora Román was in charge of designing the work whose geometrical features turn it into a great solar observatory. 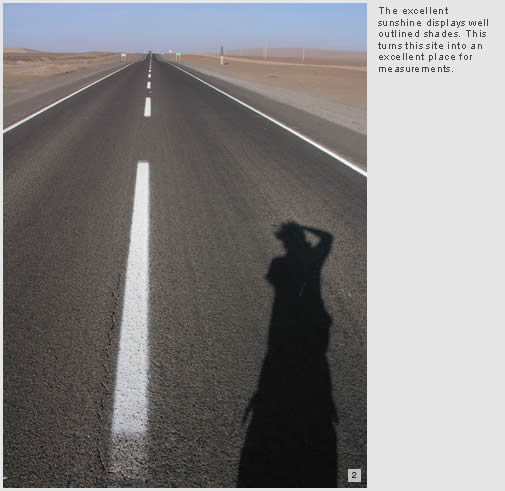 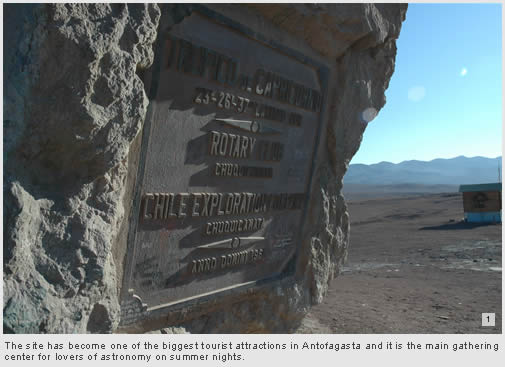 Two majestic walls border the Road of the Sun and they have been called the Gates of the Sun. They are both used as a reference to mark the equinoxes. The fourth part giving life to the monument is called the Circle of the World and it frames the entire work.

The site has become one of the biggest tourist attractions in Antofagasta and it is the main gathering center for lovers of astronomy on summer nights. 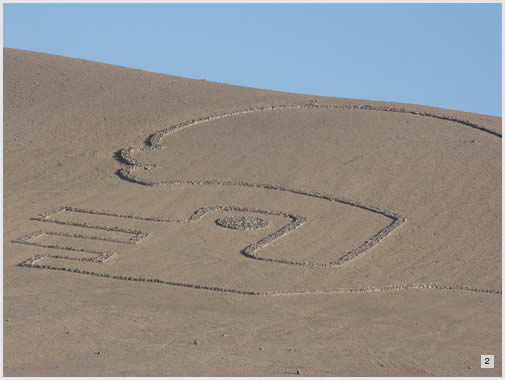 It is recommended to go across this place by car, both when traveling from Calama to Antofagasta or from the latter heading for Tocopilla.