Situated 35 kilometers away from the City of Temuco, we went around the District of Nueva Imperial, which preserves its Mapuche roots intact. 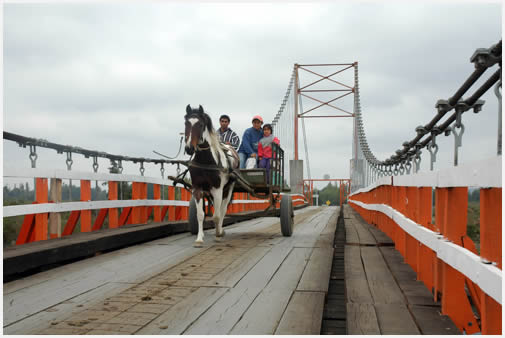 Due to the colors on the walls of its houses, it has come to be called "watercolor city", but Nueva Imperial is best known for the cultural heritage of its Mapuche community. This city stands 35 kilometers West of Temuco and it is reached through the coastline road.

Nueva Imperial was founded by don Pedro de Valdivia 22 kilometers beyond its present location, in the area now occupied by Carahue. On a hill overlooking the South in the original imperial city, there used to stand a cathedral which was the seat of the Episcopal area, mills, barns and an important population until 1599, when it was abandoned after the continuous raids by the Araucano people. In 1882, it was founded once again on the banks of the Imperial River. This led to increasing port activities, which represented the starting point for regional production. 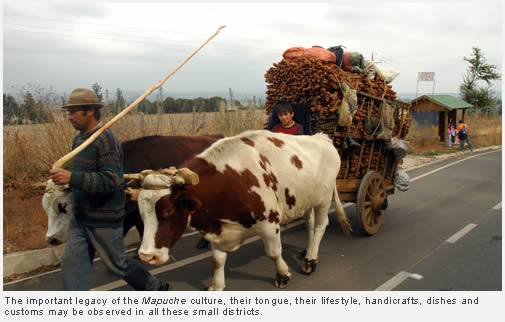 This river, along with the Chol-Chol, crosses the community of Nueva Imperial, gives shape to new bathing resorts and admits navigation, mainly on small boats carrying anglers in search for trout, among other species. Both locals and visitors prefer Cisnes Beach in the summer. It is located on the banks of the Chol-Chol.

Besides Imperial, Villa Almagro is also an urban center in the community standing out for its urban rural movement and it provides an important infrastructure and services network for the countryside population. 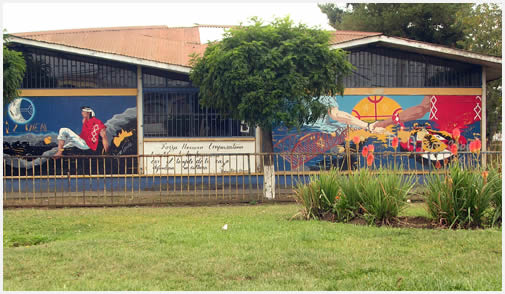 The important legacy of the Mapuche culture, their tongue, their lifestyle, handicrafts, dishes and customs may be observed in all these small districts. If the idea is to buy handicrafts and local products, the Nueva Imperial Craftsmen Association organizes markets in the city square during February, May, and September and during Christmas and New Year. Permanent exhibitions of handicrafts are in charge of the Chol-Chol Foundation, whose headquarters are located at 19th kilometer marker on the Temuco-Imperial Road.

Another interesting proposal to visit and interact with the Mapuche families is a tour around the agricultural tourism cabins. These undertakings are located in El Peral area, 13 kilometers away from Nueva Imperial, on the banks of the Chol-Chol. In addition to a pleasant stay, the resorts offer visitors the possibilities to enjoy horseback rides, hiking tours, rural tasks and other activities typically carried out by the local dwellers. 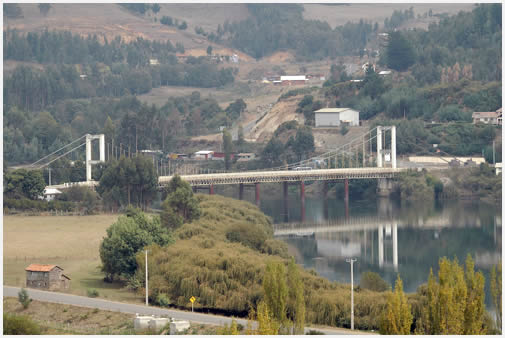 Print this outing
« Back to Outings in Temuco