An Island of Life

Mount Ñielol is a leafy nook very close to the city. In addition to protecting a biological diversity, this area has been protagonist of one of the most representative historical events in the region. 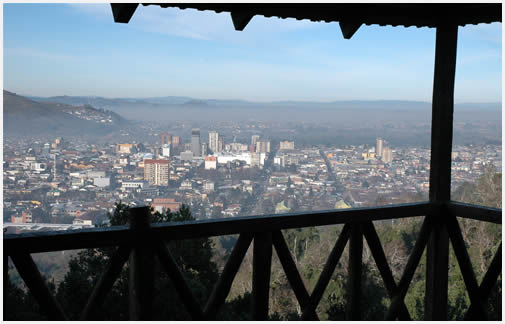 Only 5 blocks away from the commercial center, Mount Ñielol is a real shelter inviting visitors to behold the city from its vantage points, breathe fresh air and remember regional history. This mount reaches 200 m.a.s.l. inside the natural reserve that occupies 89 hectares. It is a classical outing both for visitors to Temuco and for the inhabitants of the city.

The protected wildlife area was created by Corporación Nacional Forestal (Conaf) (Forest National Corporation) in the 1970s, a fact that reassured the protection granted by the natural monument declaration passed in 1939.

This authentic island for local wildlife is made up by one of the last native forests in the intermediate depression of the central-southern valley of Chile. The lingues, laureles, raulíes, coihues and oaks create leafy foliage colored in red by the national flower: the copihue. 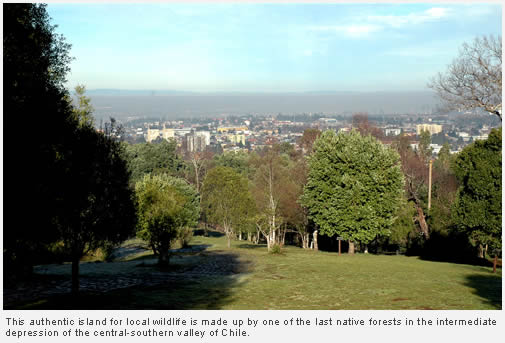 The weather conditions in the central area and the humidity in the Valdivian rainforest encourage biological diversity. The mount is dwelled by bandurrias (buff-necked ibis), tiuques (chimangos), foxes and the singular monito del monte, the smallest marsupial in the world, which is very hard to spot.

One of the water bodies in the reserve is the Pilhue Lagoon, reached through several hiking trails. Likewise, children may enjoy the playground in the recreational area.

Finally, in one of the vantage points on Mount Ñielol, an impressive panoramic view of all Temuco may be caught. It is in this very place, known as Patagua, five chamemules (or wooden statues) have been raised to commemorate the 1881 parliament. In this historical date, the Mapuche people granted part of their territories to build the city, declaring the armistice and putting an end to the struggles against the Spanish colonists in the Araucano region. 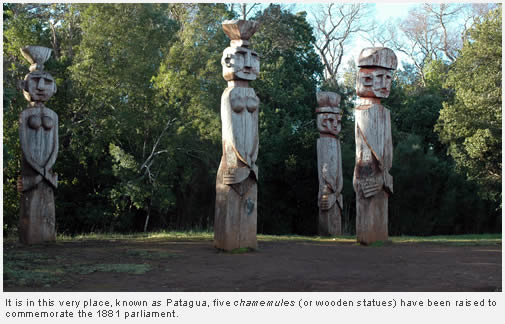 Follow Arturo Prat Street up to the vehicle path that goes up the mount, 10 blocks from the main square.

A picturesque restaurant stands next to the vantage point. It is surrounded by a beautiful landscaped area featuring various tree species. The civil association known as Trees Friends has put a sign at each specimen to indicate their names and main characteristics.