The vestiges of the major battle fought by the Chileans to obtain their independence still remain in a historical tour. 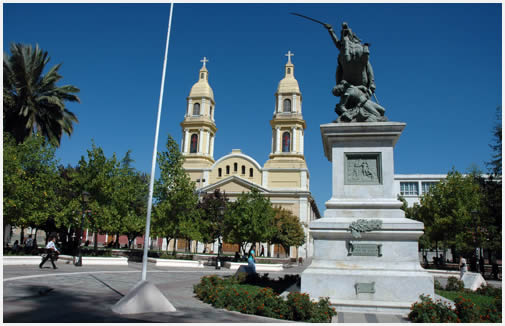 The layout of the City of Rancagua dates back to the Spanish foundation stage, when it was given the shape of a chessboard. It was founded on October 5, 1743 with the name of Villa Santa Cruz de Triana.

Touring around the quiet streets of Rancagua does not only imply getting to see its squares, its monuments or its churches. It means getting deep into a city with plenty of traditions, both oral and those which represent a track left by recent history at every corner.

It is magnificent to listen to the dwellers of this city playing the role of cicerones to show us around the wounds and honors the patriots inscribed on each of its sidewalks during their advance to defeat the royalists, their enemies. 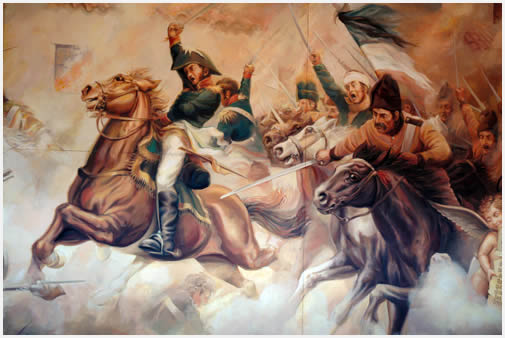 The national Chilean hero is General Bernardo de OHiggins and it was precisely in Rancagua where the cruelest battle for independence was fought and where he used to meet General José de San Martín.

Cristian Aranguiz is our guide along this tour that starts, not by chance, at Plaza de los Héroes (Heroes Square). Four streets reach the square at the middle of each of its sides. A monument made of bronze stands in its center and features Bernardo OHiggins on his horse in the full battle. Commemorative phrases have also been chiseled on bronze around it. Living with honor or dying with glory, I have left nothing more than one arm but I shall decide the fate of our Fatherland with it, to name a couple. 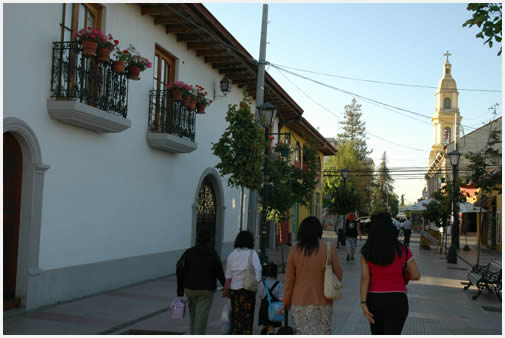 After visiting the square, we headed for the House of Culture in order to start our tour. It used to be the royalists fort and the preparations for the battle were brewed inside its walls. Featuring a colonial style, with a square yard surrounded by rooms, today it shelters all kinds of cultural expressions and invites youths and adults to join the dance, the music, the choir.

On our way out, we went along the historical circuit covered by the royalists on their advance. OHiggins was waiting entrenched at the square. We moved along Calle del Estado (State Street), former Calle del Rey (Kings Street) today turned into a pedestrian way. It used to be the first artery during the foundation stage, as this would be the commercial area in town. 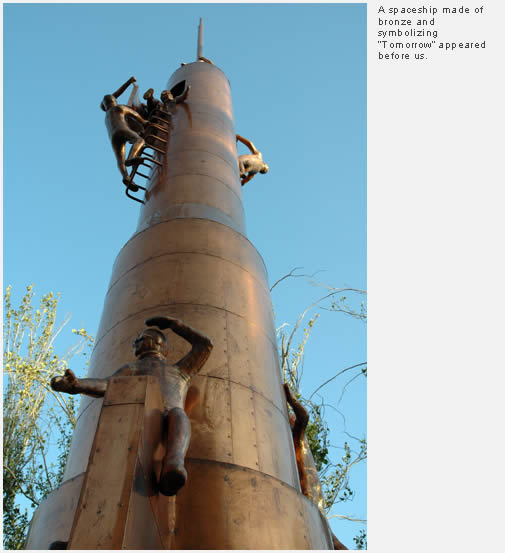 We saw Casa del Pilar and Casa del Ochavo, which make up the Regional Museum. We stood on a plaque at Calle del Estado reading Southern Patriot Trench, where the collision between royalists and patriots occurred.

We continued walking and crossed Calle del Estado towards the Cathedral of Rancagua. A huge temple with a central nave and two long side aisles, hardwood floors, large windows with steamed glass to both sides and the via crucis painted on wood. Its origin is quite recent. Next, there appears the Iglesia de la Merced (Church of Mercy). This is the most ancient church in the city and it is closely related to the battle held on October 1 and 2, 1814. A plaque reads Northern Trench.


More to See and Admire 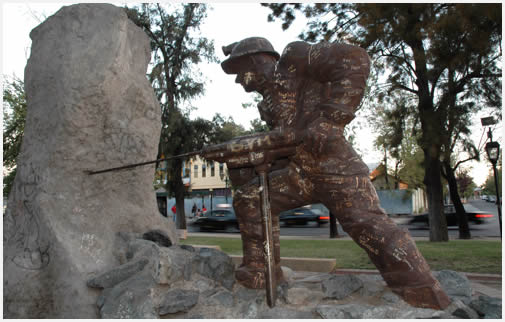 Cristian, our guide, lead us to OHiggins Avenue. It features a small square in its center, which spreads along three blocks and includes various sculptures and a playground for children.

A spaceship made of bronze and symbolizing Tomorrow appeared before us. There is also a monument representing a miner in a working attitude with its suit, helmet and headlamp and holding a large crowbar.

This very place was the setting for the Huaso Festival during three days. The local families did not miss the date. Saying Rancagua is a synonym for huaso city and this is the way their dwellers express themselves proudly, referring to their traditions, those of rural men and, in general, of the Chilean men living in the central region. Cueca was the great guest: folklore bands and the audience sang along and danced masterly. Regional handicrafts, excellent wines, smoky grills with asado on the metal cross and anticuchos were the framework for this traditional festival at Rancagua. 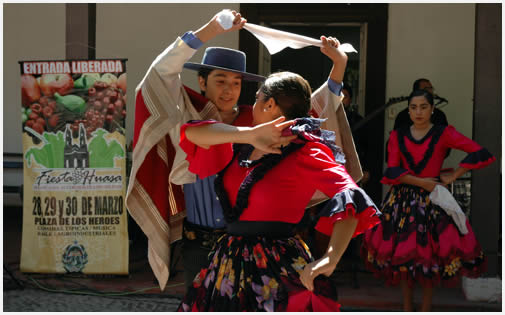 Open hours of the House of Culture and Museum.