After the Southern Promises

The Virgin Falls and the Sanctuary of San Sebastian are two icons that congregate pilgrims and those who make promises along the southernmost routes. 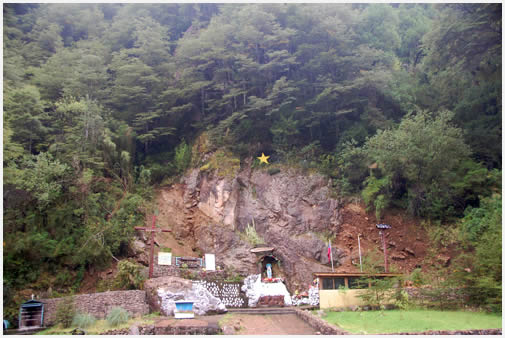 We had to leave the City of Puerto Aysén heading East along route 240. The route, which is in good conditions and with good signs, kept us entertained along the many bends as we traveled. During the journey, open spaces sometimes reaching the horizon caught our attention. These plains are the result of big fires started by settlers to turn this area into pastures.

All of a sudden, our car began to go along narrow ravines surrounded by high hills and mountains. Among them, there were some small lenga and cypress forests. 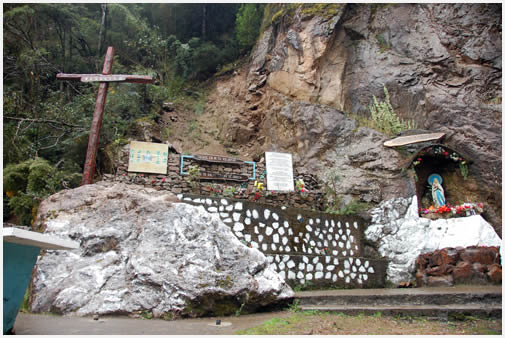 After driving for 32 kilometers, we pulled over where the Cave of the Virgin Mary is located next to the spectacular Virgin Falls so called for its proximity to the grotto. We stopped to contemplate the waterfall. The strong falls create some sort of crown and veil which accounts for its name. To better appreciate this show of nature, one can stand on the side of the bridge.

This place was officially opened on May 21, 1955 by Father Mario Zanella, who urged the faithful to keep working to make this a Sanctuary dedicated to the Virgin Mary. Half a century later, Father Luis Infanti turned this place into a worship place to honor the Virgin Mary, Patron Saint of the Catholic Vicariate of Aysén. Every February 11th, hundreds of pilgrims reach the place to pay tribute to the Virgin. 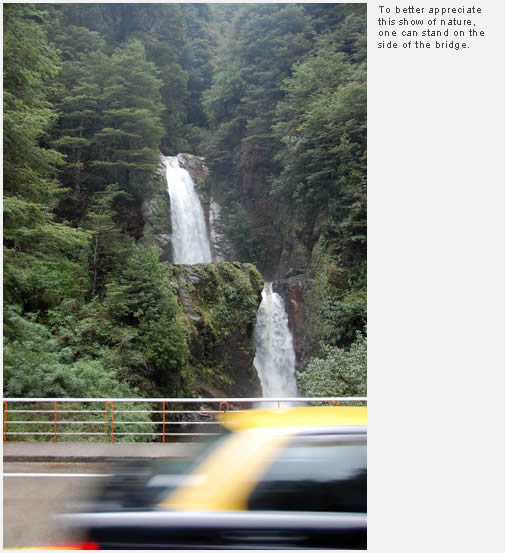 After visiting the cave, we went back to the road and 2 kilometers later, we pulled over again to visit the Sanctuary of Saint Sebastian, located on the side of the road. After parking, we went inside the place in order to see it. Inside this place, hundreds of people get together to pray and thank the Saint. Lit candles highlight that the faith felt for Saint Sebastian is everywhere. Memorial plates, photographs, crosses, flowers and hundreds of offerings to the Saint for having granted their wishes may be seen when visiting this retreat.

Legend has it that when the City of Chillán was founded in 1580, the image of Saint Sebastian, which was made of cedar and brought from Spain, was placed in the city church. Since then, this church has worshipped the Saint in the Sanctuary of Yumbel. This image was there until 1655, when the Mapuche uprising led by Lientur and Butapichún destroyed the city. The few surviving Spaniards fled with the statue and buried it near the fort of Yumbel where it remained hidden for seven years. Once Chillán was rebuilt, the Spanish soldiers wanted to take their Saint away. However, as the legend says, the Saint did not allow the ox cart to move his statue. This statue has been the spiritual and historical treasure of Yumbel ever since. 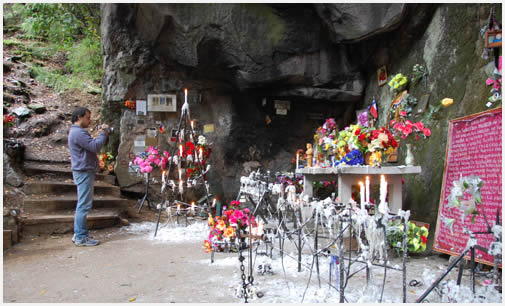 As it happens with most popular beliefs, the story of this Saint who wanted to "stay" in this land crossed borders and nowadays it is possible to find it in this place of worship near Puerto Aysén and Coyhaique. Mostly truck drivers and other tourists passing by honk their car horns as a tribute to this Saint.

After touring this venue, we decided to head to Coyhaique since that city would certainly have plenty of stories and adventures in store for us. 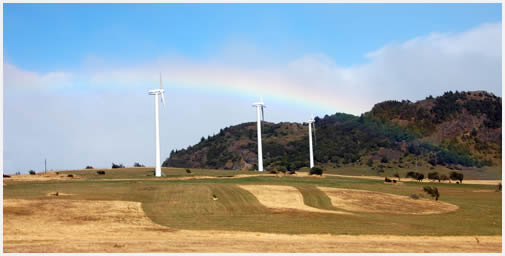 Take route 240 heading to Coyhaique. Halfway down the road there lie these places of prayer and solace.