A Place to Remember

La Recova opens its gates for tourists to visit an important episode of the commercial history of La Serena. An unforgettable site where visitors may purchase legitimately handmade products and taste regional delicacies. 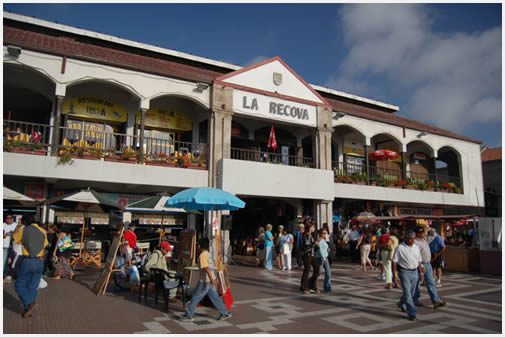 If one place could be considered the heart of La Serena, it would undoubtedly be La Recova. One of the most attractive street markets in the country amazes visitors with the diversity of services and products offered by its 143 stalls.
Anything may be found in this place: stone handicrafts, Pre-Columbian pottery works inspired by the diaguita culture, flower pots, precious stone jewelry made with lapis lazuli, alpaca wool items, huayacan wood, books, musical instruments and everything you can imagine. As well, homemade pastries stand out, especially sugar-coated papaya. Fruit in syrup, manjar blanco (milk jam) with nuts and goat cheese are some savoury temptations. 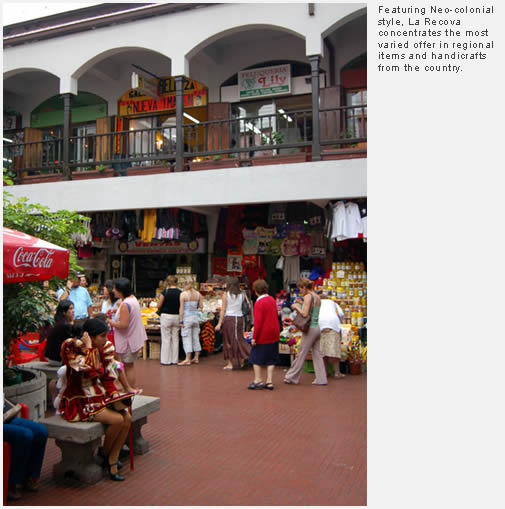 The fairground is called Recova (market) as it is surrounded by arches, following the colonial canons of the period when it was built. The big handicraft fair so typical of La Serena is located under these arches. It is distributed into two large central yards, whereas the top floor houses a series of restaurants serving fresh sea products, local wine and all the ancient traditional recipes from La Serena.
Not by chance does the fairground concentrate the most outstanding handicraft stalls in the city. The origins of La Recova as a point of sale date back to colonial times. In 1698, the Cabildo classified merchants so that they could sell their products in the main square. Afterwards, in 1758, it set forth that all supply groups, especially meat, bread and fish, be concentrated in the same place. Fortunately for the merchants, La Recova was founded in 1795 and thus the site where these kinds of goods transactions could be carried out was stipulated. 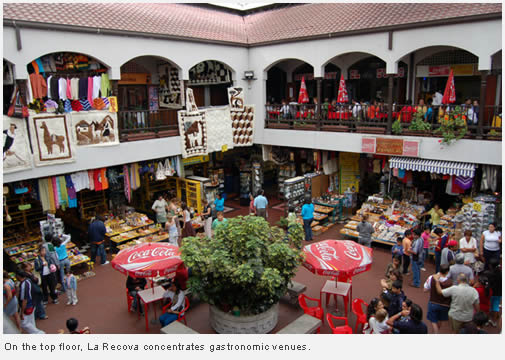 Since that moment and with a few modifications, tradition has remained. The present building housing La Recova was inaugurated once more in 1981, after some refurbishing works were completed. It remains in the same square in the old supply center and once inside, visitors can feel the noisy atmosphere, the aroma of food, the constant offer and the typical dances performed there which take them back to the times of the colony in La Serena.
Undoubtedly, an unforgettable place worth visiting with enough time. Temptations are multiple and quite varied.

is located in the commercial center of La Serena, on Cienfuegos Street, next to the church built in stone belonging to the order of Saint Agustine.

Even if this is not a dangerous area, we recommend that you pay attention to your personal belongings when you tour around the market.

« Back to Outings in La Serena