We arrived at the very shore of a lake that adopts the green hue from nearby vegetation and brandishes the pleasant surprise of featuring an excellent sun orientation. 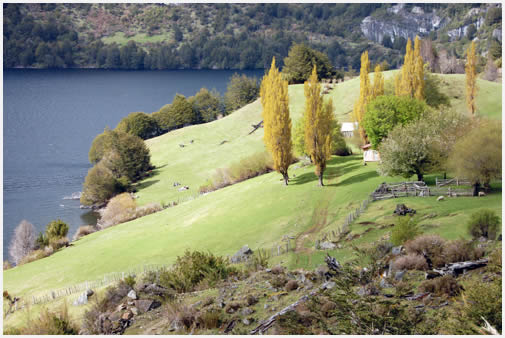 Who can resist the temptation to visit a region where mountains, lakes and a deep green hue are the main attractions? We resolved to set out on a journey across Simpson Valley and become part of an experience which appealed to us from the very first time we heard that name.

Near Coyhaique, the Andean geography features a myriad of glacial water mirrors which have become adapted to the shapes of mountain ranges and ravines. Besides, the wet countryside has become more fertile.

From the city, we took the Southern Road heading south and drove along a few kilometers while beholding the large Simpson River and an important residential area situated on its banks. Later on, we arrived at a roundabout in the cemetery area, where we turned left.

A sign guided us towards Lake Atravesado. The road was made of gravel and, as this is an open area with scarce vegetation, we could find out magnificent mountains in the background. It was impossible to describe the immensity of this site.

The scenery was constantly changing as we moved on. We found large sowed areas and many cows slowly moved through the land. Corrals, countryside tools and some agricultural workers devoted to their daily tasks shared our trip.

We arrived at a cascade and we could not avoid getting out the vehicle to watch it from a closer distance. The humidity from the high waterfall enabled thick vegetation, large ferns and multicolored flowers to grow in that environment.

However, not everything was loneliness in our tour. We went past the town named Villa Lago Atravesado and, to our surprise, we found a school, a church, lodging and where to buy some supplies. Colorful houses made of wood and the same lifestyle as we had already noticed in the middle of the countryside. 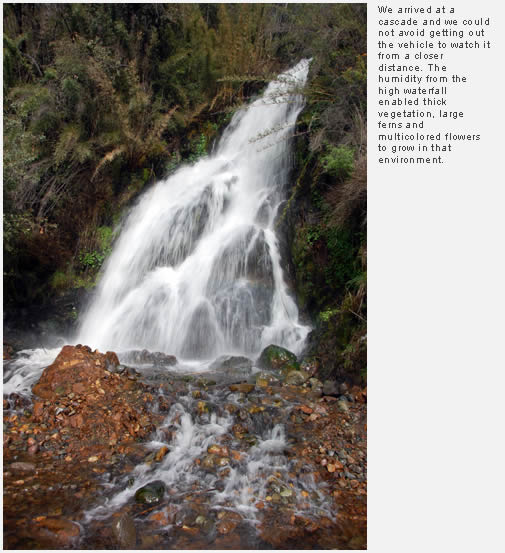 We continued along the same road with plenty of vegetation to both sides and a bridge announced that a small lake lay ahead to the right. It was the CEA. Despite the strong wind, we watched some people fishing on boats and we learned that the lake was small but a good fishing spot. A primitive camping site completed the scene.

Interested in every spot we discovered as we drove along, we arrived at Lake Atravesado. The road runs parallel to the lake, therefore, we had a thorough view of the water body. Here, the houses had been built in a different style: they were distinguished buildings raised on hillocks with their own piers.

A deep quietness and 360 degrees of green color embraced the environment. We got out of the vehicle to have a more panoramic view from a vantage point and we felt the deep silence. None of us dared to say a word. As if anything else was necessary to add to this peaceful place. 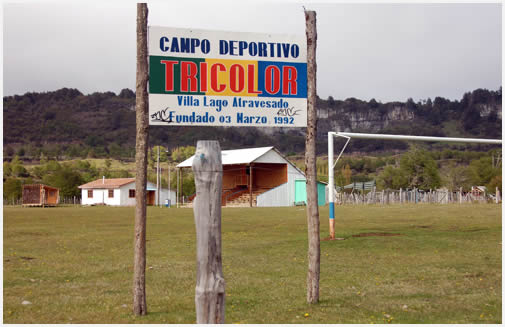 After such amazing scenery, we went on and at the end of the lake we found a narrow path leading to the lakeshore, a few meters away. This was a pending assignment.

Protected from the wind, we had some soft drinks and ate sandwiches as we enjoyed this clear atmosphere. We were incredibly lonely and happy that nobody would share this moment except ourselves.

Again along the road we headed for Lagunas valley. A waterfall higher than the previous one came up before our eyes. Afterwards, we got out of the vehicle to watch it closely. Huge rocks gushed out and a smooth drizzle enveloped the environment.

This was a thick woodland area, with huge trees and few dwellers. We noticed that there was much firewood down in the ground around and we thought that it was the result of snowfalls and winter winds.

Thus, we reached Lake Patrón within a similar landscape. Dense forests, lianas among the trees formed a particular kind of weaving. There were more cascades and viewpoints from where we could have a look at the mountains as the sun set.

An unforgettable experience which we would like to repeat once again, perhaps on horseback, as suggested before starting our trip to Coyhaique. Photography lovers can find awesome places which will multiply in images of this southern region in Chile. 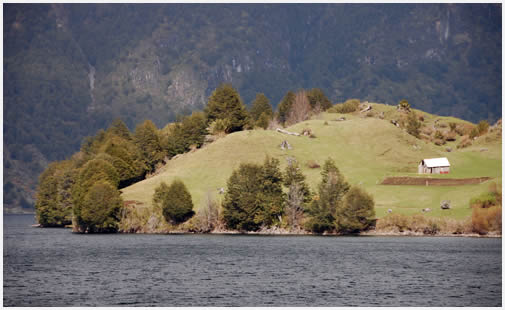 It is located 25 km. from the City of Coyhaique. It is necessary to get a good map of the area, since there are some forks without signs and some directions are not readable.