Tables and Flavors in Aysén

The best finale for an excursion day is a good dinner with a wide array of delicious dishes and excellent Chilean wines. 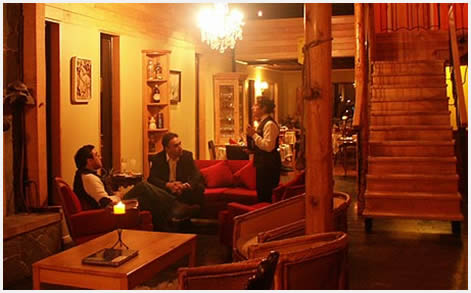 As we came back from a day outing around lakes, rivers, mountains and glaciers, we learned about the local cuisine and customs.

El Reloj (The Clock) Restaurant was inaugurated in the 1990s in the venue that used to house an old sawmill. Back then, it also contained a few rooms that provided lodging. As time went by, the hotel became bigger and so did its cuisine. Today it is known as El Ovejero (The Shepherd). It is a fine place with a cozy atmosphere where customized service is provided.

Before sitting at the table, we spent some time close to the fireplace while enjoying an exquisite aperitif. We observed the old clock at the entrance after which this venue has been named. It is part of the family history as it was brought along by English colonists in 1900. 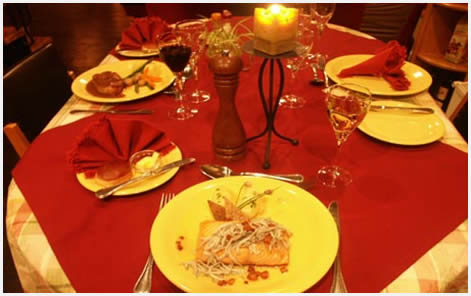 The proposal made by the chef includes a wide array of regional products cooked following ancient recipes but with a modern touch and international gourmet cuisine techniques. We tasted some dishes that had been awarded in top gastronomic contests. The starter was called the poem of salmon and jaiba, a cream soup containing salmon and this typical Chilean crab. A perfect appetizer. Then we were tempted by a hare carpaccio, lamb leg and Aysen salmon with a delicious sauce.

It was a surprise to see wine labels such as Casas del Toqui, viñas Morandé, Ventisquero, Laura Hartwig and other newer premium wines. For dessert, we approached the corresponding section of the restaurant and completed a typical Chilean dinner with modern elegant touches. Quality and service are principles perfectly managed at El Reloj.

As we visited the various gastronomic venues in Coyhaique, we noticed asados al palo, seafood and fish caught in the Chilean sea littoral are the protagonists of all menus. We just need to make up our minds and incorporate new flavors, textures and ways of cooking. That way we will discover different versions that pay tribute to good Patagonian cuisine. 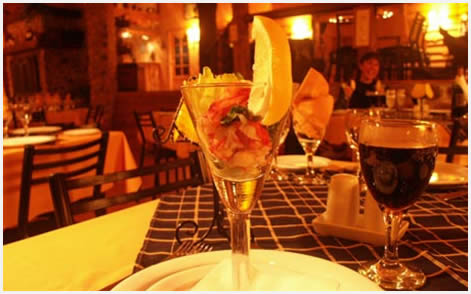