Around the City at a Slow Pace 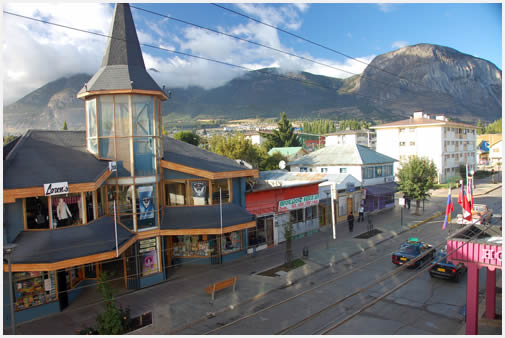 The City of Coyhaique is surrounded by eye-catching natural scenes and it is the epicenter of countless outings towards the valleys formed by the Aysen, Cisne and Simpson Rivers, as well as towards Lake General Carrera basin. Besides, it is a well-planned urban center that grows every day and boasts its typical architecture. There is no doubt that it has highly appreciated sights.

We left our hotel in the company of a local tourist guide. Our tour began at the main square. A very interesting account of the main historical events helped us understand how this town was formed and how it developed. The first settlers arrived from Argentinian territory. They were Chilean who had devoted themselves to cattle raising and had emigrated long before. 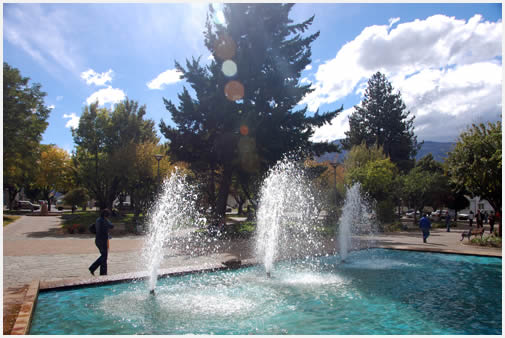 Before being called Coyhaique, this spot was referred to as Cancha de Corral, and then Baquedano. Its present name was the result of word of mouth. In the Mapuche tongue, its name stands for a good spot for camping and it certainly was for this community who carried its cattle to and back from the mountains and used this place to rest.

We paid a visit to the handicrafts market that stands in front of the square everyday. Items made with materials grown in the area are on sale at its stalls.

Then the guide joined us on our car to go around the surroundings. Before leaving the urban area, we had a look at a monument that identifies the wool industry, one of the most thriving in this area. It is called Monumento al Ovejero, which stands for Shepherds Monument in Spanish. 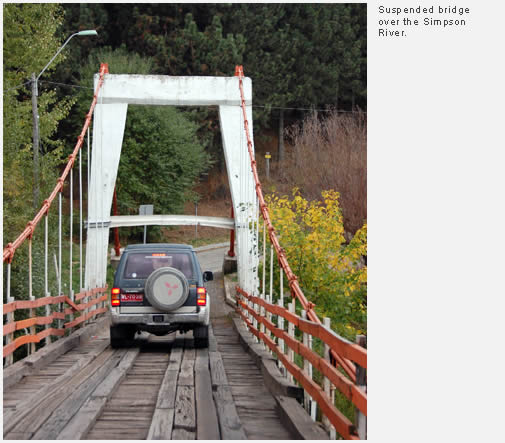 Once on the road, we went across the suspension bridge over the Simpson River and caught a glimpse of the famous rock formation known as El Indio (the Indian), a typical postcard from this town. The profile of an Indian was carved on the rock by the strong prevailing winds. We drove on and got to the fish farm station where salmon and sturgeon are bred.

Then we moved onto the ENTEL footbridge to access the antenna area. At this elevated point, we had an excellent panoramic view of the buildings and the urban grid, as well as of the surrounding hills. As we saw one of the rodeo clubs, we asked about that activity. The guide told us that several competitions are held throughout the year. The Official Rodeo and the Regional Championship are carried out in October, at the same time the foundation of Coyhaique is commemorated. Also, the OGANA Agricultural and Livestock Exhibition is held on the same date. Other similar rodeo gatherings are organized at Balmaceda, Valle Simpson, Puerto Aysén and Mañihuales. The great huaso festival is celebrated in February at Chile Chico. 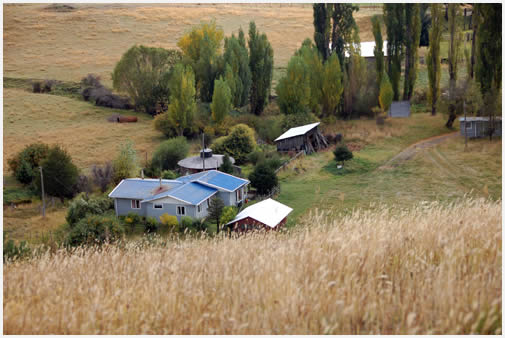 We returned to the urban area and went past the sector called El Claro (the Clearing) and by the Mate Monument. Just like in Argentina and Uruguay, this is a very popular beverage in this zone and it is part of the traditional local customs.

Once we were back in the downtown, we drove past the House of Culture and Ayséns Livestock Society. Our ride continued around the commercial pole with its attractive stores and top restaurants and coffee houses.

We bade farewell to our companion at the very same spot where we met him for the first time: the main square, the emblematic core of city life. 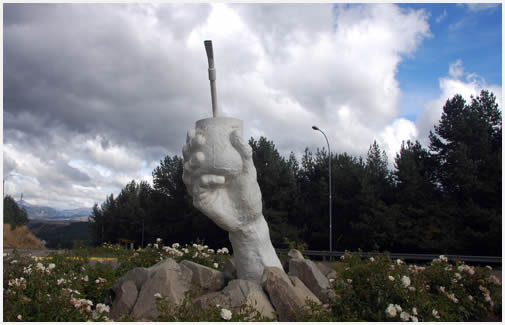 to be arranged with the travel agency.