We were seduced by the architecture of the English Neighborthood, a place where the night never ends and fun and entertainment are present everywhere. 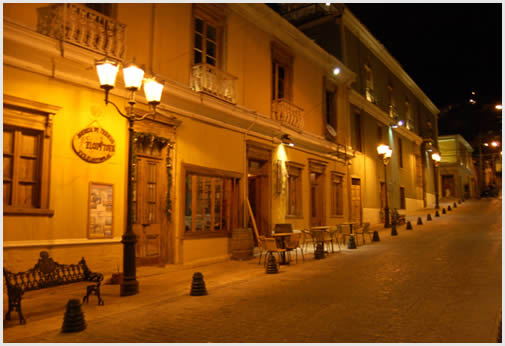 During our visit to Coquimbo, we were advised to visit the English Neighborhood, a unique site where visitors can tour around the history of the city with the comfort of the XXIst century.

The advice was not given by chance, as in the last few years these spaces which had been formerly abandoned have been remodeled with the aim of preserving the cultural heritage of the community. The municipal authorities were in charge of defining the Historical Preservation Area, a place that recognizes a particular period in history, a lifestyle, a common language and an area linked to the port and whose influence is notorious in the typical architecture of the city.
Thus, the English Neighborhood revived. It was integrated into the population again for visitors to enjoy an area where culture, gastronomy and fun are perfectly combined. The urban image changed. It became more representative of the city history. Buildings and their façades were restored in the entire area. 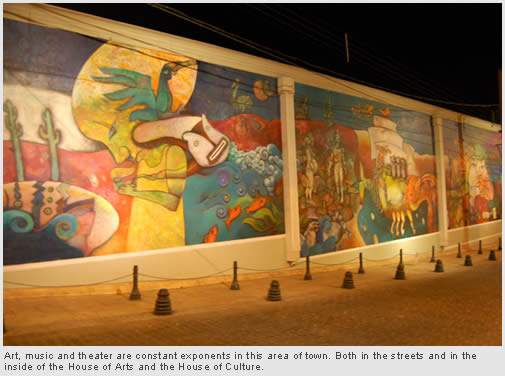 Sunset is the best time to visit the English Neighborhood. It is the moment of the day when the colors and textures of the old English houses from the early XIXth century begin to acquire a different shade. Around fifty pubs, restaurants and discotheques begin to open their gates for youths and middle-aged adults to turn the neighborhood into an attractive alternative for night entertainment.
The cobbled streets let us walk along a gallery of stories. Each façade was a witness to the dwellers of this place two centuries ago. Today, stores selling fine wine, chocolate, tobacco, works of art and handicrafts made by the locals stand behind these walls.
The buildings made with pinewood and the great pastel colored walls gradually became the ideal environment for the elaboration of hearty banquets in the prestigious restaurants. As far as we were concerned, we tried to enter every open pub and restaurant. That is how we saw the inside of these venues and discovered their style. 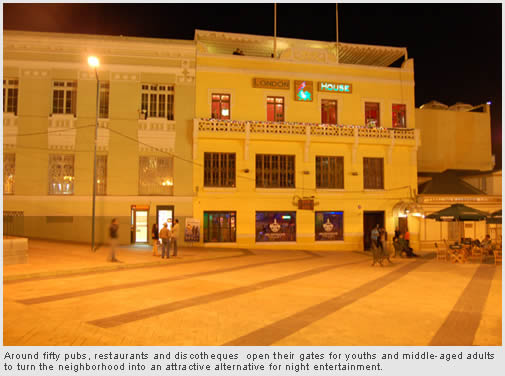 Today, as a result of the joint effort made by its inhabitants and restoration policies, visitors to Coquimbo may tour around a real postcard of the XVIII and XIXth centuries. It is important to point out that the neighborhood was called "English" due to the language spoken by its first dwellers and that it quickly stood out as a result of the fine housing units built there with their balconies searching for a view onto the sea. The community of immigrants itself started to introduce its own style and design in this port architecture that contributed to consolidating this expansion in parallel with the city social and commercial life.
Art, music and theater are constant exponents in this area of town. Both in the streets and in the inside of the House of Arts and the House of Culture, we found several activities and exhibitions offering an amusing point of view.
The English Neighborhood is waiting to be discovered: a mixture of styles that captivates the senses. 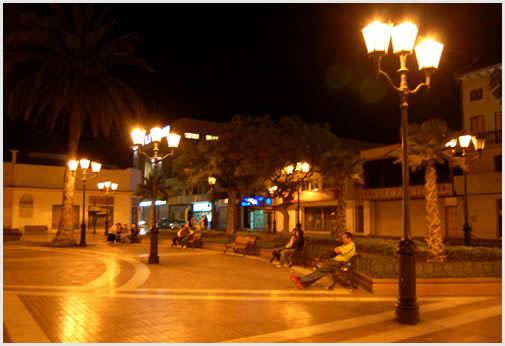 The ancient neighborhood of old English houses from the early XIXth century, located near the port, especially surrounding Vicuña Mackenna Square, it starts in the perimeter laid out by Las Heras, González, Aníbal Pinto and Melgarejo Streets. It gives shape to the present Historical Preservation Area that has reactivated this English Neighborhood, also preserving the cultural heritage of the community.

The English Neighborhood may be accessed at any time of the day, though we recommend that you visit it at sunset or at night to enjoy the façades and the special lighting of the area.

« Back to Outings in Coquimbo