Declared World Heritage by UNESCO in 2000, San Francisco Church is one of the most important historical buildings in the city. 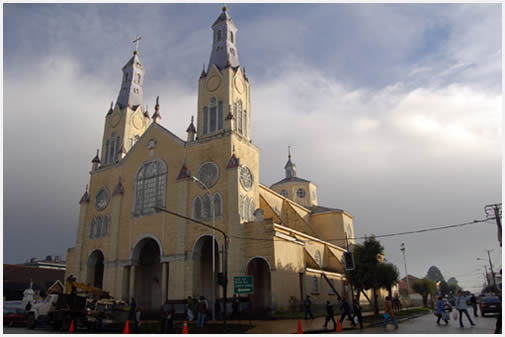 Castro was one of the main spots chosen by the Jesuits, first, and by the Franciscans later to organize the evangelization process of the primitive communities of the Chiloé Archipelago.

Therefore, in the city, like on the entire island, the catholic churches are part of the testimony to the origins of the present population. Saint Francis is one of them and, in addition to displaying its architectural beauty, it tells about the passing of the first Catholic missionaries through the area.

Standing between San Martín and Gamboa Streets, the temple stands out for its marvelous façade and for the fact that it was declared World Heritage by UNESCO in 2000. These recognitions are based on centuries of history worth learning about.

In 1567, when Castro was founded, the first church was built and named after the apostle James. This temple was set on fire twice by Dutch pirates and raised again in several occasions until reconstruction was abandoned in 1772. Then, the parish was located in a Jesuit chapel built in 1608 which, after that order was expelled from the area, was occupied by the Franciscans who arrived from Chillán in 1768. 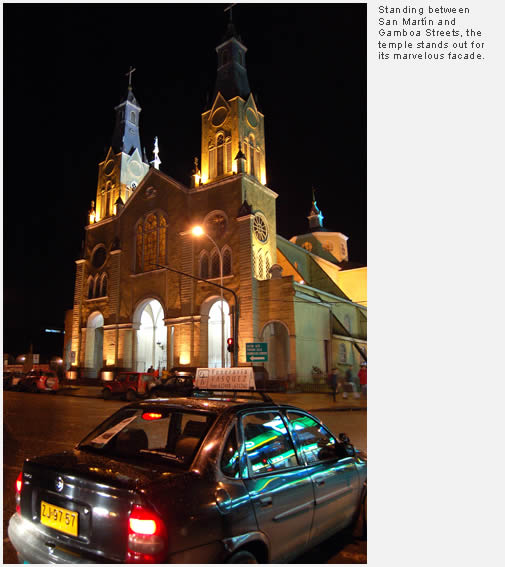 Next to the chapel, the present church of Saint Francis was raised. Its construction began in 1910 and it was in charge of the Italian architect Eduardo Provasoli. Featuring significant dimensions, it occupied an area of 1,300 square meters. This carpentry work was made by craftsmen from Chiloé under the direction of master Salvador Sierpe. The church reflects the influence of its creators, as the Neo-Gothic and Classic design is mingled with the local construction style. The structure is made in native woods, mainly larch, cypress, coigüe and other kinds of woods referred to as red by the inhabitants of Chiloé. Its interior is covered in raulí and olivillo with exquisite carpentry works in the arches, altars and the choir, whereas the façade, the roof and the exterior are covered in galvanized iron.

The highest point of this magnificent construction is set by two impressive towers that rise from the façade into the sky, as a clear sign for all members of the congregation who come along to express their religiosity and for all visitors who wish to see this place. 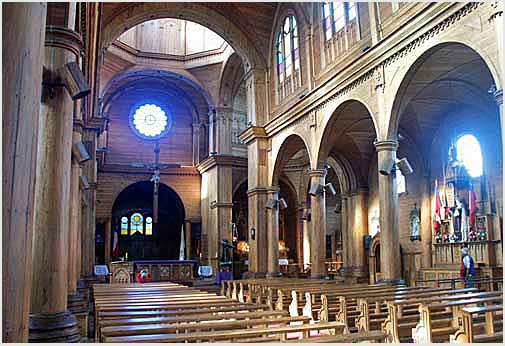