At San Pedro de Atacama, everything happens at a different pace and night, though unnoticed in other places, is observed every day. 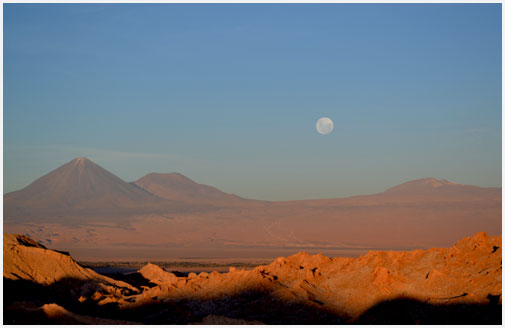 When Inti (the sun) sets, the moon has been watching for hours the show of his counterpart disappearing till dawn. The sky begins to dim slowly, and various colors and pigmentation of the soil completely fade. Only an illegible mantle of shadow can be observed. Light begins to go up and the sky fills with stars that, together with the moon, become the great protagonists of the night.

Northern Chile has one of the most beautiful and clear skies in the world, ideal to watch the stars, heavenly bodies and every existing astronomic phenomenon. The most important astronomical centers have been giving their global reports from these latitudes for the last few decades. 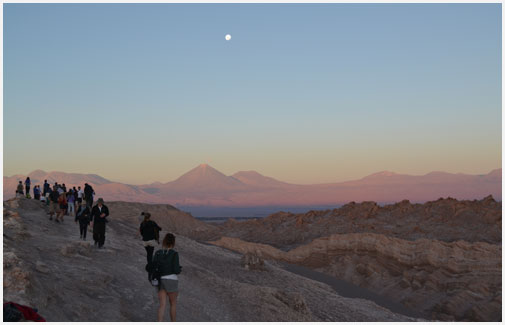 Far from Being Astronomers

It is also possible to get close to this amazing show perfectly respected by nature in a geographic area where rainfalls are very rare during the entire year. Several travel agencies offer visitors the possibility of watching the heavenly paradise -whether with a telescope or at first sight- which invites viewers to search for extraterrestrial beings or different ways of life besides reading the horoscope and natal charts.

Under the protection of a group of people who love space and every moving or still object, the sky explorers enjoy a cup of hot chocolate or some spirits (maybe pisco sour) while the cold temperatures do their job. 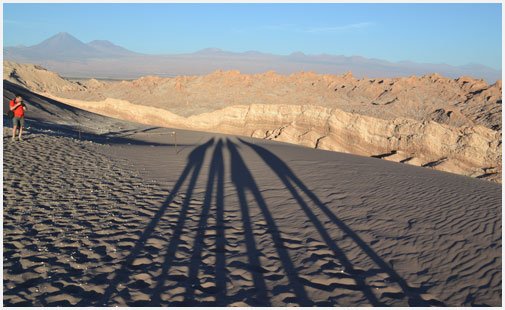 Were it not for the great temperature extremes, (very hot during the day and very cold at night), this place would not be so beautiful and, of course, it would not have such a heavenly sky.
So dark and so bright at the same time.

Le Ciel, a romantic French word for sky, keeps a falling star for every man in his life. The night in Atacama may be the place where you can find yours, said the guide before turning his eyes to the stars.
And some eyes filled with tears. 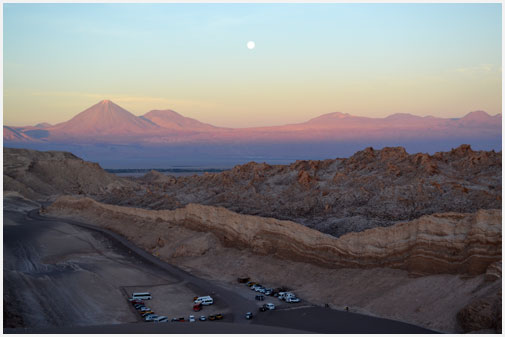 It is very important to wear warm clothes to watch the sky at night: Warm sweaters, jackets, and even windbreakers are necessary to face the open desert, if you do not want to fall ill.